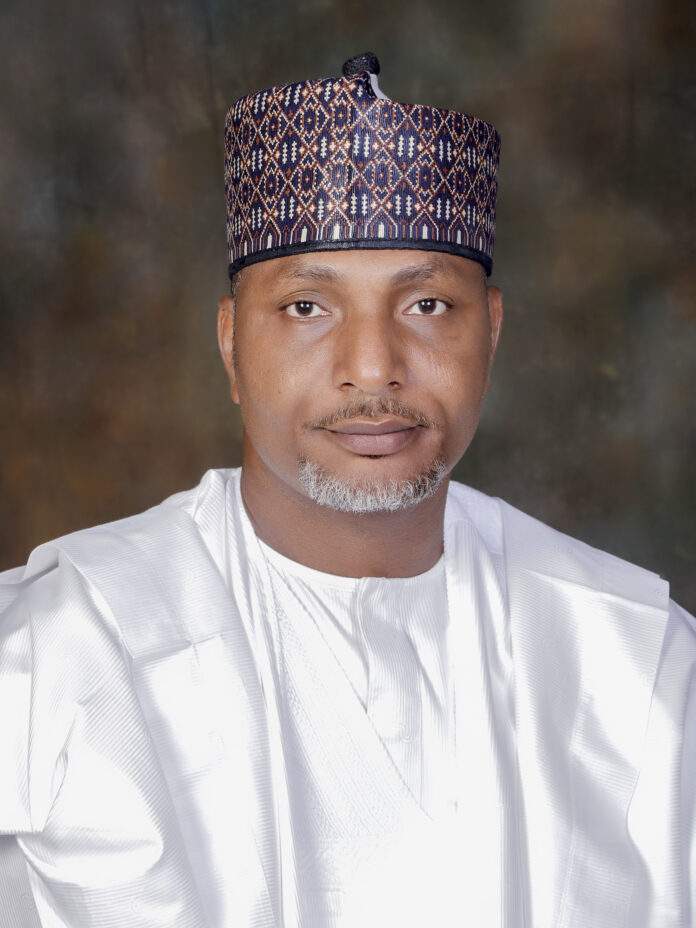 Last Saturday’s APC senatorial primary elections in Kwara State ended on the positive for the Turaki of Ilorin, Mallam Saliu Mustapha. But his victory did not come as a surprise to keen watchers of politics within and outside the state, and this is due largely to a number of reasons which I would explain presently.

Those who could read the internal schemings within the ruling party in Kwara state vis-a-vis the personality of Saliu Mustapha and what he stands for within the Emirate traditional and social circles; it was clear like the sunlight that he was going to pick the ticket of his party almost effortlessly.

No doubt, Turaki’s politics was not only different, his style and public image was something both delegates and other party members knew would confer great advantage on the APC at the General Elections. This is why it was said in some quarters that APC in Kwara needs Saliu Mustapha than Saliu Mustapha needs the party.

In any case, it was clear from the word ‘go’ that Turaki was going to win the ticket of the APC because, all factors considered, his challengers stand little to no chance. He is popular and real. He is generous and humble. He is truthful and dignified. So the choice for the party delegates had always been clear.

When the party leaders and stakeholders in Ilorin East endorsed his aspiration some days to the primaries, it was clear to every discerning mind that they were speaking the minds of the majority of party leaders, in and outside the local government area. Even with the potent argument for the Kwara Central Senatorial ticket to be zoned out of Ilorin West, the party stakeholders in Ilorin East especially were conscious of the need to settle for an easily marketable candidate who is not only connected with the people but who also has a history of close-knit relationship with the ordinary people who have always been his primary concern as a philanthropist and driver of empowerment interventions. So it was always a matter of presenting to the people an aspirant whose legendary generosity makes him easily their own candidate and choice.

Of course, there is always a tendency for people to seek to demean Saliu Mustapha’s feat with the easy manner he clinched the APC senatorial ticket. Infact, there is already a narrative that he got the ticket because of some Abuja bargain. But that is absolute untruth and, in fact, a fallacy.

Aside his position within the community as a ranking traditional title holder, which of course confers on him great respect and admiration of community stakeholders across Kwara Central; Saliu Mustapha has taken his time to carefully warm himself into the heart of the major power broker in the State, Governor Abdulrahman Abdulrazaq.

With Turaki’s unselfish attitude and projected image as a politician not given to excessive desperation, the governor, himself a gentle but tactical politician, has come to see an ally in him. With their easy dispositions to politics, Saliu Mustapha and Governor Abdulrahman Abdulrazaq came to see a shared attribute they must explore to the benefit of their party, the APC. Having therefore warmed himself into the heart of the governor, his victory at the senatorial primaries became a faith accompli.

However, the need to back Saliu Mustapha to secure the ticket was not only a matter of liking the candidate, it was also a smart political survival tactic for the governor. Both the politics and timing of the whole thing was in favour of Turaki, and to give the ticket to another candidate would have meant that Governor Abdulrahman Abdulrazaq was willing to swim against the political tide. This would have meant a huge risk for the governor.

Even the opposition party knew what a Turaki candidacy portends. They had hoped and prayed that an unsellable candidate, with more brawl than strategy, would emerge and as a result give them a easy ride at the General Elections. But Saliu Mustapha securing the ticket is now a game changer for the APC. With a decade long history of offering support to diverse groups and individuals in the four local government areas that make up Kwara Central; Turaki may yet emerge as one of the few politicians in Kwara who easily converts personal generosity to political capital. The people he has consistently supported over the years are waiting to repay their benefactor at the polls.

APC is, indeed, lucky to have a Saliu Mustapha on the ballot in the next election circle which is billed to be myhighly competitive and very much unlike the 2019 elections that came with early sign of absolute victory. Having been largely decimated with the exodus of its big names to Social Democratic Party (SDP), the emergence of a popular candidate like Turaki has now brighten the chance of APC at the polls and reignited the enthusiasm of party members who were becoming bewildered with the loss of almost all the big names in the party to the opposition SDP.

Saliu Mustapha has clearly reshaped the 2023 political map for APC in Kwara, and it is clear that the party has acquired a great mileage with his emergence as the candidate for Kwara Central.