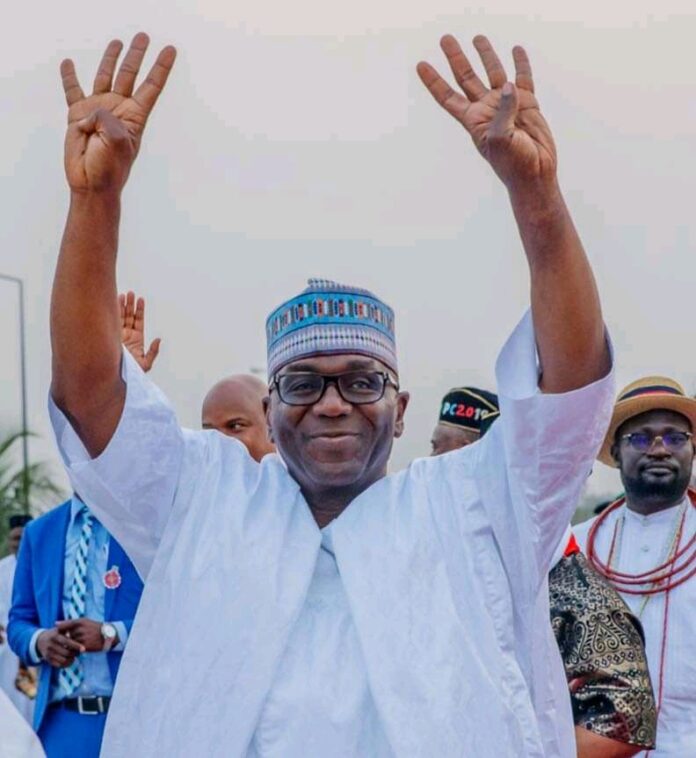 The coast is clearer as candidates of political parties for various elective positions have emerged in eager anticipation of the 2023 general elections in Nigeria, Africa’s most populous country. The past few weeks were a moment of intense politicking, alignment, realignment, and of course, tension. Now, we can identify political actors who will slug it out with themselves at different levels of electoral contest.

Back home in Kwara State, the governing All Progressives Congress (APC) has affirmed incumbent Governor AbdulRahman AbdulRazaq as its flagbearer for the gubernatorial election, giving him a go-ahead in his second term bid. He got the ticket unopposed.

Meanwhile, opposition Peoples Democratic Party (PDP) settled for an APC decampee, Alhaji Shuaibu Yaman Abdullahi. Son to a late former governor of the state, Alhaji Hakeem Lawal is flying the ticket of the Social Democratic Party (SDP), being touted in some quarters as the third force. Waziri Yakubu Gobir is the standard bearer of the Young Progressive Party (YPP).

The above list is not exhaustive of all the gubernatorial candidates in the state. But these are for now the popular faces. It is also rumoured that a former Vice Chancellor of the University of Ilorin, Prof. Oba Abdulraheem is in the race and would be the candidate of the New Nigerian People Party (NNPP). He denied the claim anyway. But if it comes out true, the Prof. is welcome. It’s a democracy.

In all these figures however, I see no formidable match for the incumbent Governor AbdulRazaq. The incumbent will win the election convincingly and beat his opponents silly come 2023. Forget the noise over the social media, Governor AbdulRazaq has shown that he knows how to play this game. He has demonstrated it to all these opponents who were once under the same roof with him before the gang-up. He beat them at their game. He would do it again God willing. Up until this moment, Governor AbdulRazaq has majority of critical success factors on his side. I’m not seeing a keenly contested election. The success would be landslide. That’s my prediction.

Somebody like Waziri Yakubu Gobir of YPP will probably manage to score some 5,000 votes. He knows this. But then there is no harm in trying. The Kwara SDP people are the most confused set of people. They are a bunch of strange bed fellows bound together by greed rather than conviction. All of them wants to become Governor. And for them, it’s ‘me-or-no-other-person’. That’s why they fought the Governor and are now fighting themselves. They lack consistency and political ideology. And that’s why you see some of their top guns maintaining an appointment by an APC led government. The outcome of the gubernatorial election will shock them.

For PDP, that’s a dead opposition already. The critical mass of Kwara people do not see the party as an alternative. The years of the PDP in the state were essentially characterised by crass mismanagement and raw impunity. Even when their first Governor, Dr Bukola Saraki met Kwara on a path of development as laid by late Governor Muhammad Lawal, he messed everything up.

If the PDP did any project, a chunk of them were white elephant projects used to siphon public funds and enthrone a regime of debt on the people without a vision of servicing it. That’s why when they were sacked from power by Kwara people, they left a staggering debt profile. There were stories of contractors not yet paid for their service, and civil servants owed years of entitlements. Is that the dynasty the Kwara people will return to?

A dynasty that met Kwara Hotel brand new as left by late Governor Lawal, but went ahead to concession it to a crony by the name of Austin-Peters, who violated all the terms of reference and mismanaged the hotel. Even the government of former Governor Abdulfatai Ahmed testified to the shoddy concession arrangement, but was not bold enough to do justice. Apart from this, all other Public Private Partnership arrangements done by the past government of Dr Bukola Saraki were a platform to siphon public funds and enthrone a regime of debt on people. Think Shonga Farms. Think Kwara Mall. And many others. Is that the dynasty Kwara people will be returning? A dynasty that diverted UBEC funds and many other development agencies funds. These and more are why the Kwara people said O to ge, and they won’t go back to their vomit. I wonder why PDP would be taking Kwara people for fools. They are not!

This current administration has made a huge, remarkable difference that would make the majority of Kwara people reinstate it. Bear in mind the prudence with which it runs the affairs of governance. Add that to the feeling of government presence the critical segments of the society get. Look at the investment in basic education after a long hiatus. This administration paid the UBEC funds diverted by the previous government to bring back UBEC which had blacklisted Kwara State. That’s the result of the structural renovation of schools across local governments we are getting now. See the investment in the health sector like never before. The ICU, Eye Centre and so on. See those of the agricultural sector. Government is supposed to be a continuum, but this administration did not inherit a single functional tractor after PDP’s 16 years of misrule. New tractors have been bought to benefit farmers. All the waterworks that were abandoned even after appropriating billions of naira for the water question are now being fixed. Our Kwara TV and Radio Kwara are now better off, with both running a 24-hour service. Some people got money to do the needful yesterday, but didn’t deliver. There are many other things. This government is a government of performance and prudence. The one of yesterday is that of incompetence and thievery.

In any case, Governor AbdulRazaq would succeed in the coming general election. You can write it down. He has reasons to. Essentially, he has no formidable opponent. May Allah spare our lives to witness the day and beyond.