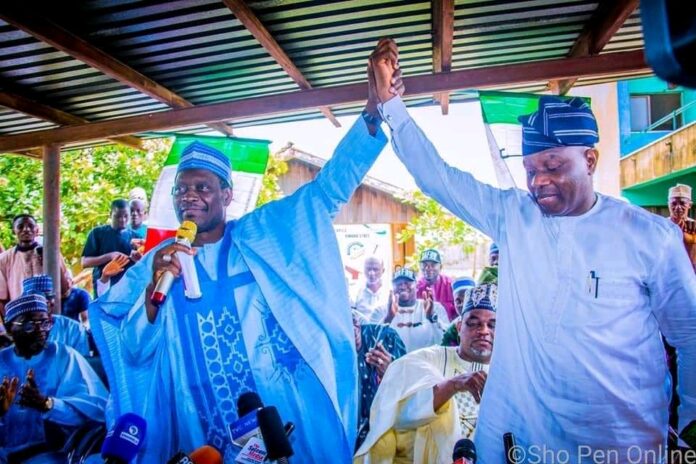 Believing one’s own lie — a kind of cognitive bias — is about the worst singular thing to happen to anyone. Arrowheads of Kwara’s PDP actually believe their own lies, and that explains their wobbling messaging thus far. They believe the only reason Kwarans rejected them in 2019 was simply because some opposition radio firebrands had lied to the public.

Nine in 10 PDP persons hold this view. Only a tiny but suppressed minority of them believe otherwise. For that reason, the party has lined up its talking heads to go on air to lie to the people in the hope that this will land them in government house in 2023. They have gone as far as saying they did not owe salaries at all; that colleges of education workers were not on strike because they were not being paid; that all accreditations were done as and when due; that the taps were in fact running everywhere; that they had paid N200m RAAMP counterpart to the World Bank; that they were actually up-to-date in promotion and that the stories about their paying percentaged salaries were all made up to tarnish their image, among others.

One of them said on a radio programme last Friday that the administration of His Excellency Governor Abdulfatah Ahmed did not borrow a dime in eight years. In fact, their official spokesman recently said that their administration actually signed the Freedom of Information Bill into law and that this administration, in its hatred for anything PDP, had reversed the gains. Jaw-dropping, right? Those who listened to them may have lost count of this tomfoolery and evidently self-damaging tactics. But these shock-jocks believe their own lies!

Enter Alhaji Abdullahi Yaman, a governorship also-ran now flying the banner of the PDP in the state. “We are not unaware of the problem the APC has put on us in Kwara State by the astronomical increase in the debt portfolio with over 300%. Kwara from the least indebted state is now one of the most indebted,” Yaman said in the capital city Ilorin at an event unveiling his running mate Hon. Gbenga Makanjuola on June 18.

Two major lies were told in those lines: that debt profile of Kwara has risen 300% under this administration and that the state was the least indebted in Nigeria before 2019. It’s been many hours since Yaman made those claims.

Those claims were driven by ignorance, mischief, and a group resolution to continually lie to the people whom the PDP strongly believe are mere pawns in their political chess game.

Both claims are false. One, at no time in Nigeria’s chequered history was Kwara the least indebted state. In 2019, Kwara had the 10th highest debt profile in Nigeria; conversely, by March 2022 account of the Debt Management Office, it is the 19th most indebted state. That’s a serious improvement on its 2019 ranking. Two, it is not true that debt profile of Kwara has jumped 300% between 2019 and now. The first and only time the state’s debt profile rose so high was in 2009 when former Governor Bukola Saraki took N17bn bond, among other facilities he had earlier accessed. That took the debt profile to above 300%, considering the fact that he had inherited a below N5bn domestic debt from the late Mohammed Lawal’s administration.

But here are some facts of history for the benefit of Alhaji Yaman, his campaign team, and the PDP shock-jocks who assault the people with barefaced lies on the airwaves.

In 2021, this administration took N27.2bn private bond to steadily bridge infrastructural gaps which the PDP administration had in 2016 pegged at above N256bn. Also in 2021, the administration and 35 other state governments across Nigeria accepted a Federal Government’s offer of N18.6bn loan refinancing facility to ease the burden of paying back loans which were taken as far back as 2015. Combined together, this has only raised the domestic debt profile by 68.3%. Where, therefore, did Alhaji Yaman get his 300% debt rise from? At any rate, projects being done with the funds taken by this administration are scattered around the state, north, south, and central.

Let’s put these borrowed monies in context — in the wake of PDP’s red-herrings and the national inflationary trends. The N17bn bond of 2009, then estimated at $113m, is the equivalence of N67.8bn in today’s monetary rate of 600 naira per dollar — far above the combined worth of the two facilities this administration has ever accessed.

There is nothing bad about borrowing to build social and physical infrastructure that improves life’s chances for the people. What is bad, and possibly atrocious, is lying about it or playing the ostrich as candidate Yaman and other PDP elements seem to be doing.

This administration will always speak to its own achievements and seek to be a better version of itself every step of the way, while the PDP is at liberty to go on thinking our people to be fools who cannot tell their yesterday from today. It is their (PDP’s) deserved Golgotha. Good luck!

Ajakaye is Chief Press Secretary to the Governor