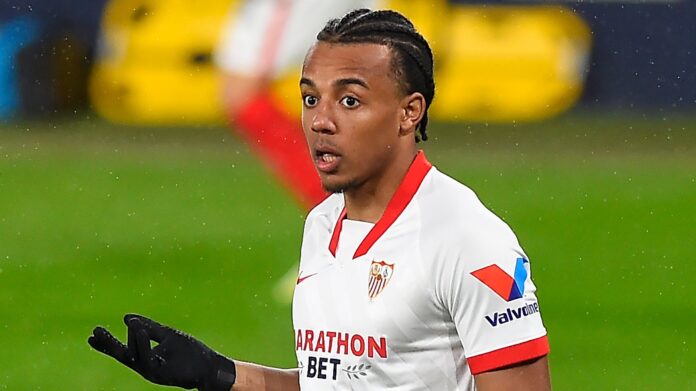 There has been a new twist in Jules Kounde transfer saga, with Barcelona now having an agreement in place with the French defender.

This much was gathered by transfer expert, Gerard Romero who says the two La Liga clubs have agreed on a deal, and a move to Catalonia is becoming a reality.

This development is coming after news from reliable sources had quoted Chelsea have agreed a deal with Sevilla and in the process offered Jules Kounde €12 million per season salary.

Barcelona, after activating their second lever made a bid for Kounde, a move which the defender favor more than joining the London side.

It was gathered that Chelsea offered much more than Barcelona are offering but the interest of Kounde is to turn out for the Xavi’s side come next season. Hence, forcing the hands of Sevilla to strike a deal with Barcelona.

Romero insists that the deal is 99% done barring any unprecedented surprises from Barcelona. It’s only left to Barcelona to agree a deal with Kounde, which he believes is no problem, even though Barcelona aren’t in a position to match Chelsea’s offer of €12 million a season offer.

Chelsea and Barcelona had fiercely competed for the signature of Raphinha earlier in the transfer window with the Brazilian later joined the Spanish giant after snubbing an agreement he had with Chelsea.