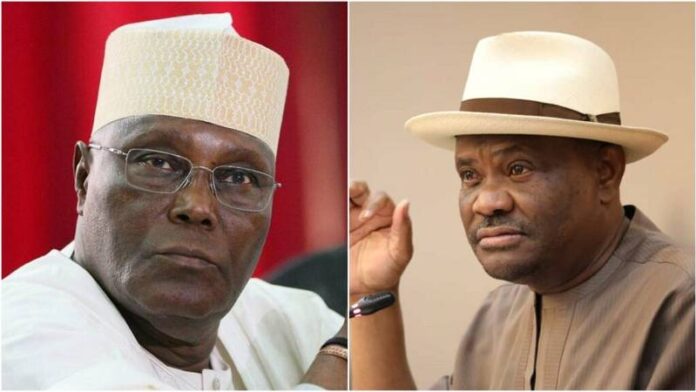 Rivers State Governor Nyesome Wike has promised to speak on what transpired in the opposition Peoples Democratic Party (PDP) in recent times.

Wike who lost his bid to become presidential candidate of the PDP said he would also speak on Atiku Abubakar who is the presidential flagbearer of the party.

“On Atiku, I will speak soon and Nigerians will know the actual truth of all that has transpired in the PDP in recent times,” he posted.

There has been a running battle between Wike and Atiku since the latter declared Delta State Governor, Ifeanyi Okowa as his running mate.

Wike failed to attend the election campaign of the PDP in Osun State which was attended by the presidential candidate and other party stalwarts.

Atiku had also made reference to Wike in his Thursday July 22 interview on Arise TV, saying he couldn’t afford making the governor his running mate because he wanted someone he could work amicably with.