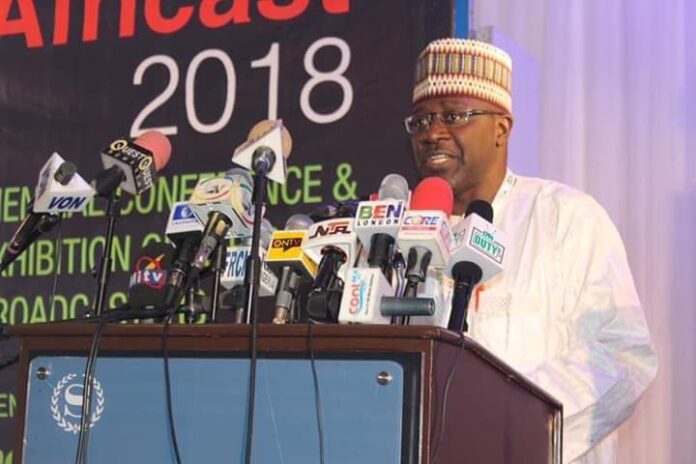 Modibbo’s only offence was his hard stance on the sharp practices of the junior Saraki, Dr Bukola Saraki while he held sway as the numero uno of Kwara politics with brazen impunity and recklessness. The vigorous dance of his ever fact filled pen, revealing the rots inherent in the Government of Saraki and his retinues of scavengers masquerading as reformers.

While Saraki chose to be a prodigal son, Modibbo in his capacity ensured he sanitized the polity with his mind revealing and eyes opening revelations of the Saraki’s misadventures in Kwara State.

You cannot be all of these and not be so hated within the corridors of power, especially with the likes of Saraki calling the shots.

Modibbo became their celebrated nightmare. Giving him and his minions a run for thier connections and access to state funds. The acclaimed golden son of the soil ran helter skelter for shelter without his ‘bata’.

So, when the allegations against Modibbo Kawu spiralled, Sarakites in thier hundreds used it as an avenue to pay back thier old time enemy and staunch critic, giving it a needless colouration and spiralled it out of control.

Dear Sarakites. Modibbo Kawu was never alleged of embezzlement or diversion of funds like your paymaster. It was simply a case of a superior dealing with his subordinate for what he considered an insubordination on the part of his subordinate. So simple. A mere persecution that cannot hold water.

It’s so unfortunate that reckless politics that’s been the hallmark of Saraki political fame has affected thier sense of reasoning and fair judgement. The involvement of Saraki to see the case bigger than it was so met with stiff resistance from all corners, which further crippled his rising ego.

You can’t beat someone and expect no reaction. The vituperation of Sarakites are understandable. Modibbo really dealt with the dynasty more than anyone else. Thier fixation is nothing short of hatred resulting from the role IMK played in their ouster. Let them cry. Let them wail.