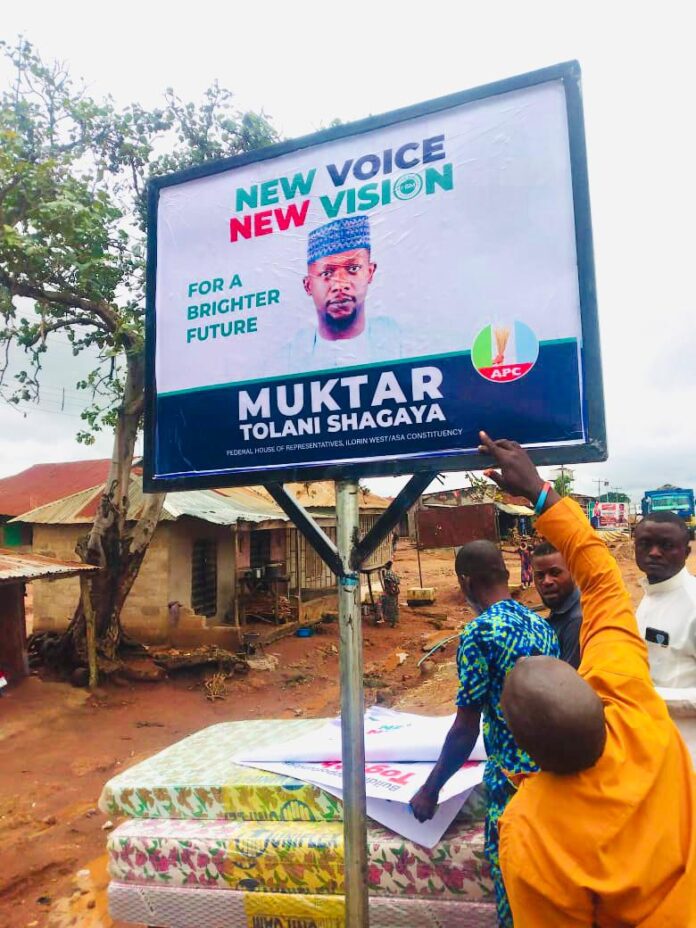 The posters which read “new voice, new vision: for a brighter future”, “a generational change”, “building opportunities together“, “for responsive representation and integrity”, were seen by our reporter on different streets and communities leading to different strategic places in Ilorin West and Asa Local Government Areas. 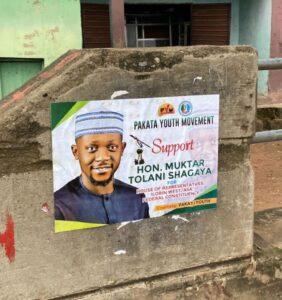 In what appeared a big statement of intent, the billboards and posters were equally pasted on surfaces across market avenues, roads to many parts of the state as well as the ever busy areas in the constituency. 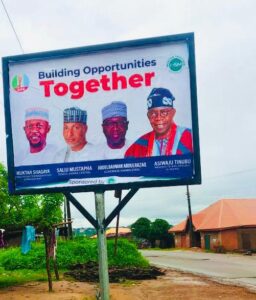 The Ravens NG reports that apart from electricity’s polls, almost all the street lights polls and public wall buildings are full of the Shagaya’s posters. The posters were also sighted at the frontage of some houses, while others paste the posters at their business places.

When contacted, residents of Ilorin West/Asa Constituency who pasted Shagaya’s posters at the frontage of their business places said, “We really love the man as a youth and courageous politician who we have the belief that if he becomes the representative, will solve youth’s problems. Solving youth’s problems is solving the constituency’s problems being the majority of our population. 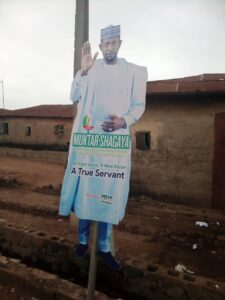 Our reporter also found out that volunteer youth groups were responsible for the pasting of the posters which were provided by the Muktar Shagaya Movement, MSM.