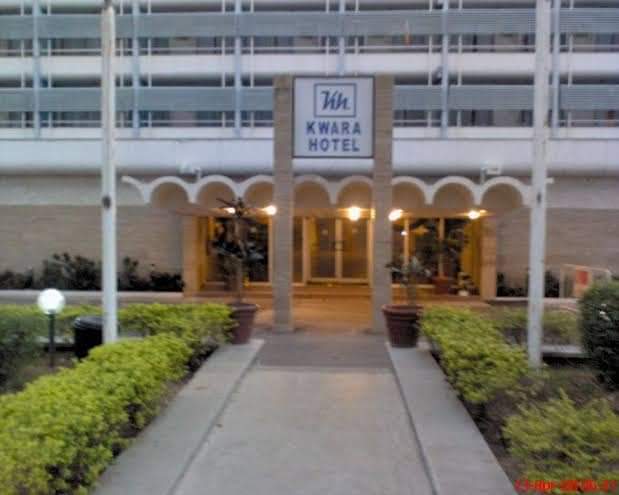 • Approval granted for payment of outstanding salaries before protest

Management of Harmony Holdings Limited, the investment management company of Kwara State Government, has reacted to a protest organised by staff of Kwara Hotel on Thursday, noting approval had already been granted for the payment of the liabilities before the demonstration.

In a statement issued by the Corporate Affairs Unit, the holding company said the approval was also communicated to the staff who for reasons known to them still went ahead with a protest after assurances that they would be paid soon.

The statement explained that the payment of all staff obligations including those inherited from previous administration ought to have been made, but there is a delay in its joint venture arrangement with a private investor caused by an ongoing review by the State House of Assembly.

The management of Harmony Holdings meanwhile traced the challenges facing the hotel to what it called infractions perpetrated by a consultant brought by former Governor Bukola Saraki.

It lamented that despite inheriting a newly renovated Kwara Hotel, Saraki appointed a management consultant that did not invest a dime in the hotel in clear violation of the terms of engagement.

The management consultant was sacked by Governor Abdulfatai Ahmed who failed to bring it to justice despite the infractions and liabilities accrued, it added.

When Governor AbdulRahman AbdulRazaq came to power in 2019, according to the statement issued, Kwara Hotel which has 174 rooms had less than 20 percent of its rooms functioning. It added that over N500 million liabilities were inherited in backlogs of staff entitlements and obligations to suppliers.

Read some excerpts of the statement issued:

“The management of Harmony Holdings Limited is aware of a protest organised by staff of Kwara Hotel, one of its subsidiary companies, over 7 months of unpaid salaries. It is therefore instructive to put some records straight despite the emotions that might be attached to the issue.

“Firstly, we regret the unfortunate situation that the hotel and its workers are currently in and it is on record that we have never abdicated our responsibility as we have been doing everything within our reach as the investment management company of the Kwara State Government with the active support of the state government to fix the challenges confronting the hotel most of which were inherited from the previous administration.

“It is on record that when the current administration of Governor AbdulRahman AbdulRazaq assumed office in 2019, Kwara Hotel, a 172-room facility, had below 20% of its room capacity functioning. Most of the rooms which serve as revenue line were not in a tenantable condition. The hotel had also taken a weary look with so many infrastructural ruins. Similarly, there were huge liabilities running into over N500 million inherited by our management and this government arising from the mismanagement of the hotel under the last administration.

“Our task upon taking over the management of the hotel in 2019 was therefore onerous and multi-pronged. This includes but not limited to keeping the dying hotel afloat so as to sustain the current workforce many of whom are Kwarans while seeking for the most effective and sustainable solution to the long over due infrastructural upgrade which clearly requires an investment not less than N2 billion to restore the lost glory of the hotel and reactivate its brand. In addition to the above mentioned critical needs, we had to confront the huge indebtedness many of which are in owed salaries, unremited pensions and even payment to suppliers.

“The public will recall that it was at the tail end of the administration of late Governor Muhammad Alabi Lawal that the last major investment and massive facelift was done at Kwara Hotel. This meant that the succeeding administration of Governor Abubakar Bukola Saraki inherited more or less a brand new hotel which had every potential to turn the fortunes of the state around because the structure of Kwara Hotel gave it a unique edge over its competitors in the whole of Northcentral. Unfortunately for over 16 years following the exit of Governor Muhammed Lawal’s administration, no value addition was made to the hotel other than the fact that it was passed from one set of cronies to another under the guise of private sector investment in which not a single kobo was invested but rather the revenues generated from the hotel over these extended periods were looted with impunity.

“The public is rightly reminded that it was under the Dr. Abubakar Bukola Saraki-led administration that Austin Peters of KH Integrated Management Services (KHIMS) was appointed as a management consultant for the hotel. The terms of engagement required them to invest a minimum of Two million dollars which amounted to about Three Hundred and Sixty million naira at that time to upgrade the hotel infrastructurally and thereafter manage it for some years before ceding it back to the Kwara State Government. Clearly, there is nothing bad in inviting a management consultant to run a company, but the misdemeanour lies in the fact that this management consultant never invested a dime in Kwara Hotel contrary to the terms of engagement. To our utmost consternation, it also went ahead to borrow over N350 million from GT Bank in the name of the hotel which was totally paid back from the cash flow of the hotel with evidences showing that the borrowed funds were diverted and never invested in the hotel. A case of double jeopardy you would say.

“The management company continued to have a field day misappropriating all revenues being generated from the hotel on an average of N50 million monthly without carrying out as much as the renovation of a single room. By the end of 2016, the hotel was already in a full state of deterioration and it could no longer meet up with its obligations. It was in 2017 under the administration of Governor Abdulfatai Ahmed that this management consultant was shown the exit door leaving behind in its trail hundreds of million naira of owed and unpaid obligations both to staff and others.

“This is the sad tale of how Kwara hotel was systematically killed within a period of sixteen years due to greed, avarice and putting personal interest above the collective interest of the people. Despite the situation inherited at Kwara Hotel where most of the rooms had already become untenantable, with other facilities that generate revenue for it deteriorated, and in the face of a huge debt portfolio, the current administration has never shied away from taking responsibility and addressing the issue frontally. It was clear that tackling such an issue will take time and resources. Nonetheless, the government was very keen that the hotel must not go into extinction.

“It’s important to state that the hotel has been operating on a perpetual loss trajectory for over five years now and the major source of support has been from the various interventions we have received from the Kwara State government both in terms of deliberate patronage to keep us in business and also through bail out funds at timely intervals to augment salary payment. All through the COVID-19 period when the hotel like others shut down operations and had little or no income, we didn’t lay off a single staff, all salaries that were paid within that period was from the state government’s intervention. Till date, the hotel like some other ailing subsidiaries of Harmony Holdings have been beneficiaries of multiple rounds of bailout both from Harmony Holdings the parent company and particularly the Kwara State government.

“The current source of agitation which is the accrued unpaid salaries of 7 months has received the attention of His Excellency Governor AbdulRazaq who has graciously approved another intervention fund to clear the salary backlog and the funds is being processed by the respective organs of government. We have therefore appealed to the workers to continue to be calm in the face of the current trying period that the hotel is going through.

“Meanwhile, this government is also making efforts to confront the bigger challenge of fixing the infrastructural deficiency in the hotel. Following series of review, consultations and due diligence efforts, the current management of Harmony Holdings Limited deemed it fit to adopt the approach of engaging a very competent private sector investor with the requisite financial and technical capacity to rehabilitate the hotel, upgrade its status and manage it professionally. The Governor had consented to this proposal.

“Following his approval, a thorough bidding process was initiated and a preferred investor alongside an international hotel brand have been recommended to handle the hotel management. The investment plan is for the investor to put in no less that N2 billion in the hotel under a Joint Venture (JV) arrangement that would also see the total obligations owed to the staff cleared from the payment of the upfront premium.

“The process has also recently been approved by the State Executive Council. It is now on the table of the State Assembly for its legislative consent as representatives of the people. We understand that the Assembly will be calling for a public hearing to aggregate the inputs of Kwarans on the proposed concession before it makes its resolution. This explains the reason for the delay in the process of the new investment in the hotel, which has also affected the planned defrayal of staff obligations.

“Given his passion about the welfare of workers however, Governor AbdulRahman AbdulRazaq has already approved the payment of over N26 million as an intervention in the interim to pay off the outstanding 7 month salaries. The approval has been communicated to the staff and they have been assured of payment as soon as the funds are processed. But it was surprising to see them going out this morning to protest when their representatives have always been brought to the round table to understand the situation of things. Notwithstanding the action of today, we have reassured them that every staff of Kwara Hotel will get their outstanding salaries in no distant time once the fund is released.”