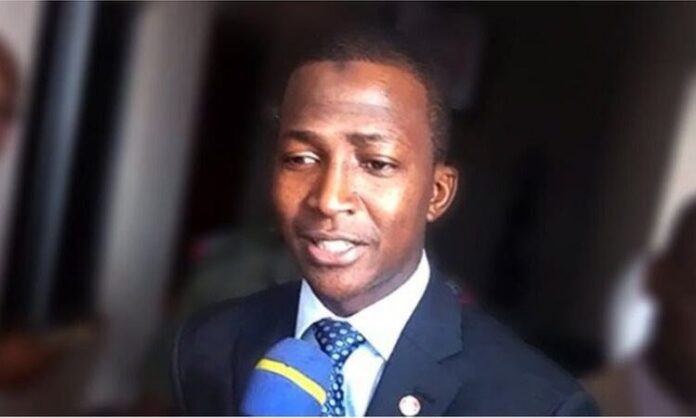 Bawa, who hails from Kebbi State, is one of the pioneer cadet officers (course one) of the commission with a rich profile, proven mettle and intimidating CV. He is a graduate of Economics from Usmanu Danfodiyo University, Sokoto. He also has a Masters degree in International Affairs and Diplomacy obtained from the same institution; while currently pursuing a Bachelor of Laws degree from the University of London.

Plaudits have greeted his appointment from well-meaning Nigerians who pointed out that the independence, so to say, of the EFCC from the Nigerian police is long overdue. All past chairmen of the anti-corruption institution had their background in the police. The appointment and subsequent confirmation of Bawa will break that trend as he began his career in the EFCC. The Justice Ayo Salami led panel had also recommended that subsequent EFCC chiefs should not be drawn from the Nigerian police.

Analysts and netizens also commended the President for his choice of a young, vibrant and capable personality in steering the ship of the commission. The world over, youths are now taking the front stage and Nigeria should not be left out in that practice.

However, as typical of naysayers who are always intimidated by the rising profile of people, some elements have gone to town with malicious reports aimed at disqualifying Bawa for the highly prized job despite his stunning qualifications. They started by throwing up phantom allegations of corruption and thievery at him. His immediate constituency (EFCC) has thankfully dismissed the allegations, putting the records straight.

Is it not funny and laughable that these naysayers only found their voices when the young Bawa was about attaining the peak of his career. Nigerians should know that these people are mere irritants and enemies of progress. Where have they been all the while? Why now?

It should however not be lost on Nigerians that same Bawa they sought to pull down has distinguished himself among his contemporaries with sterling performance and far-reaching excellence. Naysayers won’t tell you that Bawa has vast investigation experience and has been part of prosecution of advance fee fraud, official corruption, bank fraud, money laundering and other economic and financial crimes related offences.

Naysayers won’t tell you that the chairman-designate had headed the Capacity Development Division, EFCC Academy, Abuja. They are not likely to tell you he was also head of the Counter-Terrorism and General Investigation/Pension Unit of the Lagos Zonal Office. Again, Bawa was at a time zonal head, Port Harcourt Zonal Office overseeing Rivers, Bayelsa and Abia states operations. Similarly, he had also headed the commission’s Ibadan Zonal Office covering Oyo, Osun, Ekiti, Ondo and Kwara states.

The Lagos Zonal Office is the biggest operations zonal office of the EFCC with 604 officers. Until his appointment, Bawa was zonal head, Lagos Zonal Office. But naysayers won’t tell you this. All they do is to cook up unfounded stories just to abort a dream whose time has come.

To add to the above, young Bawa has successfully investigated and testified in prosecution of many cases leading to convictions and recovery of looted public monies and assets across the world.

As the head of the EFCC’s investigations of Mrs Diezani Allison-Madueke from 2015 till date, his team has recovered millions of dollars worth of property in Nigeria, U.K., U.S.A, and U.A.E including 92 of such assets in Nigeria.

Bawa was also involved in the Petroluem Subsidy Fraud investigations from 2012 to 2015 during which fraud of about N70 billion was identified, funds recovered and many companies were prosecuted.

Another notable investigation Bawa has been involved in is one involving a former Governor of Niger State, Muazu Babangida Aliyu, who is currently facing trial. He has also participated in several other periodic raids on “notorious (419) cyber-cafés”, the sort of operations from which the EFCC records the lion share of its convictions.

You may begin to judge yourself if Bawa, the chairman-designate of the EFCC is the right man for the job or not. All I have listed here is the sides naysayers sought to cover with phantom allegations. That’s most unpatriotic! More so, his recent promotion along with his colleagues will hopefully put to rest concerns by pundits that he’s not legally qualified for the job.

Though some have said that his promotion was not in line with public service rule, it is the preponderance of opinions within the ranks of the EFCC that the elevation of Bawa and his colleagues of course one is belated. They were met with injustice by the previous leadership in terms of promotion. And now, justice has finally arrived. “A society can continue to endure in the face of disbelief, no society endures in the face of injustice,” top scholar Usman Dan Fodio asserted.

The much needed transitional justice that will move the anti-graft agency forward is here. We can be sure that a new dawn will be birthed at the EFCC. All hail Bawa, the prospective anti-graft czar!

Adelakun is a young journalist, researcher and graduate of Criminology