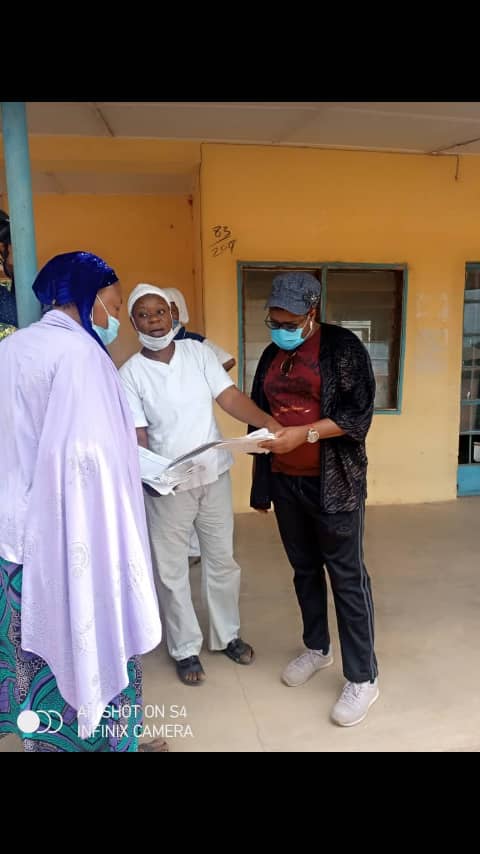 It grips one with a rude shock, how a supposed forgotten Agency came to life in about a year of change in leadership. Indeed, excellence is the key to sustainability and development. Elelu has shown and is still showing excellence with the way and manner she carries on with her work. Commitments are one thing and sincerity of purpose is another, Elelu in her bid to deliver effectively married both together, and excellence was inevitably birthed.

In her bid to ensure a Tetanus-free society, where our women will have no fear of premature death as a result of tetanus and other preventable diseases, launched a free Tetanus campaign on Friday that will run simultaneously in 10 local government areas of Kwara State.

Before now, the mortality rate as a result of neonatal tetanus is on the increase often time with death a resultant effect. To reduce such preventable deaths by vaccination of vulnerable women, a ‘risk analysis’ purposely to identify the LGAs with the higest burden of maternal and neonatal tetanus and three rounds of tetanus campaign was planned to reach each of the identified LGAs. This will in no small measure reduce the incidence of neonatal tetanus in pregnant and women of childbearing aged 15 to 49 years.

During a press conference in Ilorin Yesterday, Elelu further elucidated more on the Tetanus campaign in the 10 local government areas.
In her words “The first round was conducted late 2019 and the second round of the campaign is scheduled to start Feb.27 to March 3 in the identified 10 high risks LGAs in Kwara,” she said.

“Elelu further explained that the vaccination would take place at fixed posts and temporarily fixed post such as designated health facilities and other areas where the target population could easily be reached.
The injection will be administered in the left upper arm after which a card will be issued which should be kept for the subsequent exercise. It is free, protective, and not harmful,” she said.

The 10 LGAs to benefit from the Tetanus immunization include Asa, Baruten, Edu, Ilorin West, Irepodun, Moro, Oke-ero, Oyun, Ilorin East and Patigi. Over 500,000 women are targeted to be vaccinated during the campaign.

Aside from the ongoing tetanus campaign, Elelu has delivered more in the past. With results testifying to her numerous interventions in our health sector. Under her leadership, the Agency met and surpassed the target to reach 6,700 pregnant women in the launch of a nutritional supplementation program aimed at accelerating nutrition results in the State. The program was launched on the 27th of February 2020, and it will run simultaneously for the next five years, to be implemented across 89 local primary health care centers in the State. The program provides amongst other benefits: maternal infant and young child nutrition counseling, iron, folic acid, and intermittent prophylaxis treatment for malaria for our pregnant women, etc.

Furthermore, the integrated medical outreach program (I-MOP) is another landslide outreach embarked upon by the Agency. The I-MOP is a national health outreach, which is taking place in 12 of the 16 local government areas in the state. The outreach is aimed at strengthening Routine Immunization in the Kwara state, and the program is being run under State Emergency Routine Immunization Coordination Centre (SERICC) recently set up by His Excellency, the dynamic Governor of Kwara State. The program which has enjoyed counterpart funding from Kwara State Government under the leadership of His Excellency, Gov Abdulrasaq, has been successfully held twice in 2020 and 4 additional LGAs were supported in the second round by the State. The last round will take place in the year 2021. Thousands of vulnerable children and pregnant women received free medical intervention including treatment of minor ailments, antenatal care, and many more. The wide reach covered is unprecedented and the impact is visible in host communities. Supervisors were also posted to each ward to ascertain coverage and quality of service.

As the Tetanus campaign progresses, Kwarans should be in anticipation of other mind-blowing interventions from the stable of Kwara State Primary Health Care Development Agency under the chaperone of Dr. Nusirat Elelu. She’s leaving no stone unturned as regards the revitalization of our Primary Health Care system especially at this trying time of health care deficit.