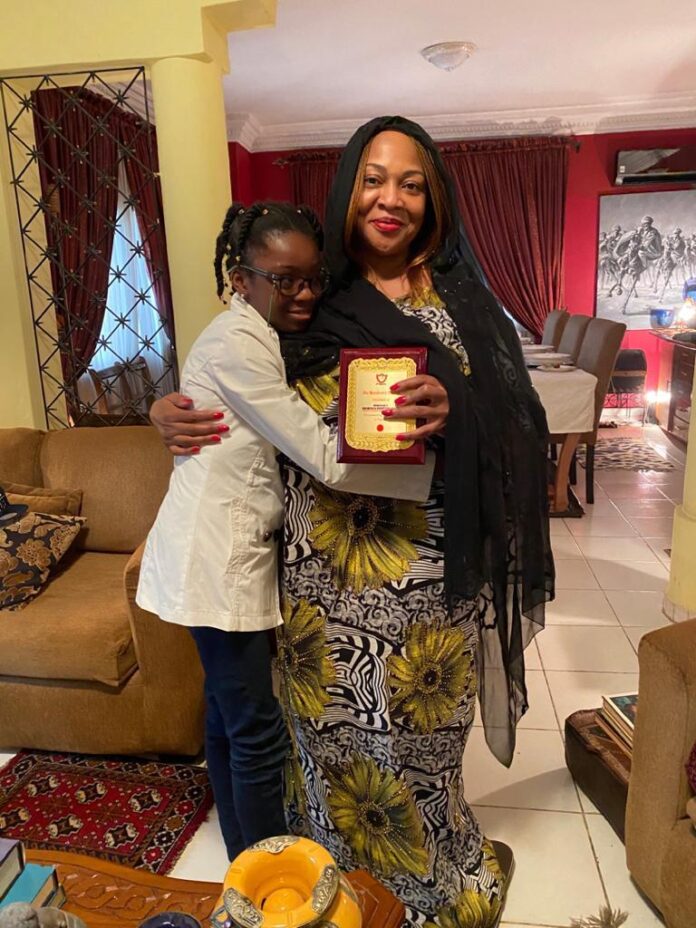 Details of how Minister of State for Transportation, Hajiah Ruqayyah Gbemisola Saraki sponsored a girl she casually met on microblogging platform, Twitter for gymnastics have emerged.

Gbemi Saraki who was at a time Senator of the Federal Republic of Nigeria is renowned for her compassion, selfless and humanitarian services.

The girl whose name is Morning-Glory Ewaoluwa ran into luck sometimes last year when the Minister saw some of her gymnastics demonstrations on the microblogging platform, after which she showed commitment to nuture her to achieve her dream. 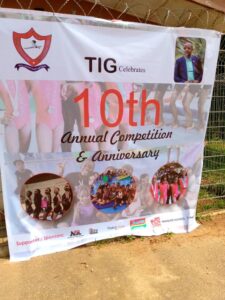 Micheal Ocheke, Ewaoluwa’s coach, gave a blow by blow account of how the Minister came in contact with the young gymnastics champion, hinting that the Nigerian Gymnastics will award Saraki for her positive contribution.

Hear him: “Ewaoluwa is a sport enthusiast with inherent basic gymnastics experience. It was late last year around September when through a video tweet on the Twitter that the Distinguished Senator Gbemisola Ruqayyah Saraki saw directly the inherent ability of Ewaoluwa to become fulfilled and successful in her lovely and enthusiastic chosen career. The video portrayed where she was displaying her high spirited sport skills without any instructor. This was what the Honorable Minister saw and believed the girl if sponsored would reach the height she had always dreamt.

“In a bid to support children in the country, guide them through their chosen careers and in order to help the girl to achieve greatness having found that Ewaoluwa was naturally flexible even without knowing her from anyhwere or through anyone, the Honorable Minister requested with a tweet underneath the video tweet for the details of the parent (Ewaoluwa’s parent) contact and after that, she enrolled and sponsored Ewaoluwa to our gymnastics centre, Bodylanguage Gymnastics Club, Lagos State and that was how the journey to becoming great and achieving her dream began and also that was how I also got to meet her too,” the coach said. 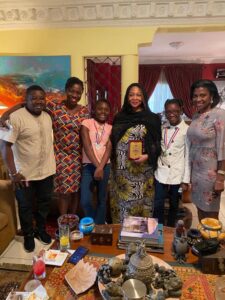 He added, “Less than eight months after the enrollment and sponsorship, Ewaoluwa was shortlisted to participate in the Tony International Gymnastics 10th annual competition and anniversary. After many stages and weeks of training and commitment with lots of supports from the Honorable Minister, she has excelled victoriously. Our visit and all to the final which was held last Saturday, 5th of June, 2021 in Abuja where Ewaoluwa met her bestower for the first time after being found on a social app, Twitter was also sponsored by the Honorable Minister.

Minister Saraki was also lauded by family members and other persons who witnessed the occasion for her kind gesture.

Meanwhile, Mr Ocheke, Ewaoluwa’s coach has pledged to honour the Minister of State for Transportation as Ambassador of the Nigerian Gymnastics.