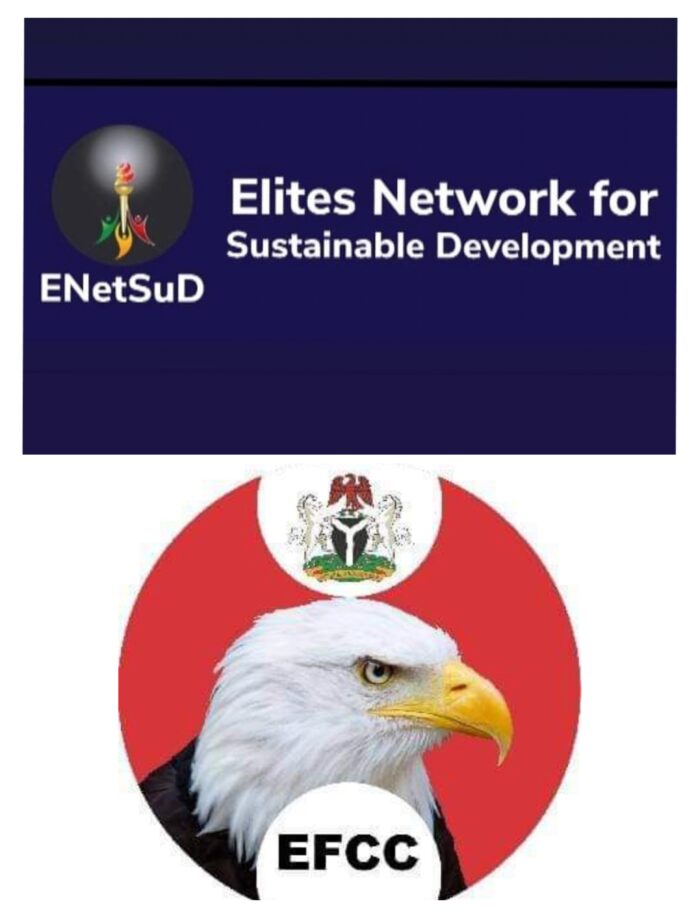 An anti-corruption group, the Elites Network for Sustainable Development (ENetSuD) has accused the Economic and Financial Crimes Commission (EFCC) of sabotage for failing to come through on four petitions written to it since 2019.

The group expressed worries for lack of positive feedback from the commission since two years ago.

A letter sent to the EFCC on September 1 by ENetSuD coordinator, Dr Abdullateef Alagbonsi stated that the petitions the anti-graft body failed to take decisive actions on were mainly on Kwara projects executed by Federal Ministries, Departments and Agencies (MDAs).

“As part of our support to EFCC, we have forwarded eight (8) petitions concerning mismanagement and diversion of public funds released by governments to various Ministries, Departments, and Agencies (MDAs) for the execution of projects in Kwara state,” Alagbonsi said

“In addition to our petitions, we have always provided convincing and classical documents and information to the EFCC that we strongly believe would be helpful in its investigation towards ensuring that the public funds work for the public.

“All the petitions and information that ENetSuD has graciously provided to EFCC have costed us very huge resources that are sourced from our pocket being a self-funded Civil Society Organization (CSO) without any external support.

“While we appreciate all the previous (informal) information provided to us by the EFCC on our petitions, we also feel that the investigations on four (4) petitions (see numbers 1, 3, 5 and 6 in the table below) have not yielded the desired result in the public interest.

“Despite the diligence and meticulousness of the EFCC in the investigation of projects 3, 5, and 6, we as the petitioner with the greatest interest are not satisfied since there is no evidence of results from such investigations,” the letter read.

Providing further details of the complaints, ENetSuD said, “We neither know if EFCC carried out any investigation on our petition against SMEDAN nor have any idea if any action was taken to address our complaints in the petition written since February 2019.

“EFCC reportedly concluded investigation on Abata Sunkere drainage and planned to prosecute the offenders, but we are not aware that the prosecution has commenced till date.

“After 2 years of our petition, we are still waiting for result. EFCC reportedly directed the contractor handling Oja Gboro to site to complete the work according to the BEME, but he has not fully complied with the purported directive.”

The body said the contractor only reported to the site to construct just one of the access slabs on January 14, 2020 without doing anything on the remaining pending works till date.

“After 2 years of our petition, we are still waiting for result. EFCC notified us about the commencement of investigation on Sapati road erosion control project, but we neither know the outcome of the investigation nor the action taken by the EFCC after the said investigation.

“Almost 2 years of our petition, we are still waiting for result”.

ENetSuD informed the EFCC that “all the concerned communities are aware of the works being expected from the contractors after our petition, and they are anxiously waiting for EFCC to ensure that contractors return to the site to do proper work in compliance with the BEME that we have educated them on.

The letter said the communities have also been asking us what EFCC has done concerning the petitions on these projects, but we do not have any convincing answer to them since there is nothing to show that any action has been taken following the investigations.

ENetSuD prayed to the EFCC to attend to its petition against SMEDAN submitted to the Chairman’s office in Abuja.