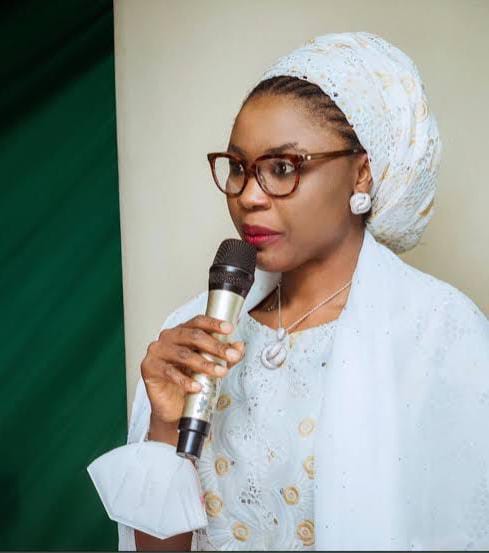 Hon. Bio Ibrahim who was former Minister of the Federal Republic of Nigeria and one time Speaker of the Kwara State House of Assembly announced his decision to join the opposition Peoples Democratic Party (PDP) from the All Progressives Congress (APC) on Thursday.

Jamila, her daughter, says though she still remains an active member of APC and a loyal appointee of His Excellency Governor AbdulRahman AbdulRazaq, her respect for her father’s decision remains utmost.

The Governor’s aide also distanced herself from a statement earlier circulated purported to be from her, saying it’s fake.

The Ravens NG also ran the story which has however been brought down after her disclaimer.

According to her, “My attention was drawn to several statements credited to me by some individuals and media organizations regarding my father Hon. Isa Bio Ibrahim’s defection to the People’s Democratic Party (PDP).

“I would like to state that no organization has reached out to me and those statements credited to me are not mine.

“Regardless of our political differences, I have utmost respect for my father and his decision. Like every citizen of this country, he reserves a democratic right to pitch tent wherever he deems fit.

“I appeal to all, online news media and bloggers to verify their stories before publishing them. Finally, fake news is now a crime in the country and I demand a retraction of the fake statement credited to me by all concerned medium.”