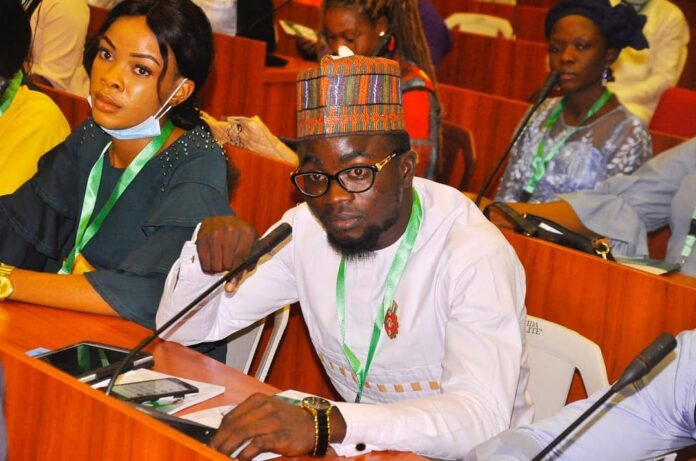 Representative of Kwara Central in the Nigerian Youth Parliament (NYP) 5th Assembly, Hon. Ibraheem Abdullateef has called on the leadership of the major political parties in Nigeria to slash the fees for their nomination forms ahead of the 2023 elections to strengthen democracy and foster inclusion.

In the 2019 elections, the Gubernatorial Expression of Interest Form of the APC attracted N2.5 million, while the Nomination Form went for N20 million. Both categories attracted N1 million and N20 million, respectively in the PDP.

Reports also show that PDP charged N2million for expression of interest and N10 million for nomination form for the office of president, N3.5million for senate, N2.5million for House of Representatives and N600, 000 for the House of Assembly.

The APC charged N5million for expression of interest and N40 million for nomination form for the office of president, N7million for Senate, N3.5million for House of Representatives and N850,000, for the House of Assembly.

These political parties retained the fees in the recently held Anambra elections and have adopted the same for the elections in 2022.

The young parliamentarian described Nigeria’s democracy as hugely expensive, noting that it encourages corruption, inequality, and alienation of the common people.

“We have seen in the past few months a great deal of debate over the amendment of the Electoral Act. Regardless of one’s political leaning, it is the most patriotic thing to support to strengthen our democracy. I urge President Muhammadu Buhari and the National Assembly to find a common ground in bringing the bill to life urgently,” a statement quoted the young parliamentarian, Ibraheem Abdullateef as saying on Friday.

“However, there is one more thing for young Nigerians to make a priority as we move closer to the 2023 general elections: the crazy fees for nomination forms. It is uneconomical, undemocratic, a stumbling block to the national agenda for inclusion and peace. This must form a strong discussion point for the political parties, media, CSOs, and other stakeholders.

“There should be reductions of these fees for aspirants under 35 years below from bottom office to the top. It should be reviewed now. No party must retain those crazy tables from 2019. For clarity, both the APC and PDP constitution gives women a 50% cut, but they continue to alienate the youths. Youths, especially, should get at least a 60% reduction. It is time to put real action to the agenda of youths inclusion in politics and leadership.”

Ibraheem who is also an alumnus of African Liberty Fellowship, USA, charged young Nigerians to take up the cause with vigour as they did with Age Reduction Bill known as #NotTooYoungToRun in the run-in to 2019 elections.

“After the historic success of #NotTooYoungToRun which made electoral offices attainable age-wise, the most pressing and patriotic electoral change for the nation, especially young people is making the electoral space affordable. After the general elections in 2019, only 8.6% (68 members) of 991 seats in the 36 State House of Assemblies and 6.8% of 360 members of the House of Representatives were under 35 and below. It needs to go way up. Nigerian youths demand inclusion from political parties in one voice now.”