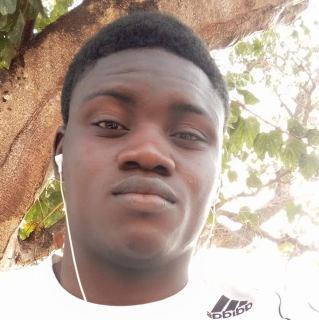 A friend of ours, Muyideen Temitope, alias Convydence, will at any historic moment, either bad or good, say, “history isn’t a bastard”, which explains that whatever that we do today will come back to us tomorrow, even though we may not be on this earth again. God is so magnanimous that we may be alive to witness it. Say we have done something good; history will be kind to us. Say you’ve done something bad; history will come back to haunt us. Very truly, history won’t be a bastard for any of us.

Then, if there is a particular political politician who will fight history and lose, certainly, it must be the member representing the good people of Ilorin West/Asa Federal Constituency at the Green Chamber, Alhaji Yekeen Alajagusi. About two years ago, precisely the Democracy day, June 12, 2020, I wrote to ask about the whereabouts of Alhaji Yekeen Alajagusi. I believed I spoke the minds of thousands of my fellow constituents, but Alhaji Alajagusi, so determined of punching history, run down his political career, and dent his own reputation as a servant of the people, couldn’t come out to tell where he was, where he has been or where he’ll be going. I know humans to be ungrateful, but people like Alajagusi shouldn’t be one.

As much as I won’t want to chide the people of Ilorin West/Asa on our decision to elect an Alajagusi who was nowhere when the primaries were going on, an Alajagusi who was not to be found when the general elections were ongoing was our greatest undoing. I’d still want to maintain that we are the architect of our own misfortune. I’m very sad to tell all of us that we have successfully wasted our space in the lower chamber during the 9th assembly.

To think that someone like Alajagusi was always on the radio to talk down the past representatives in the run-up to the 2019 general elections only to be elected and be thrice as useless as those people he condemned bitterly worries me sick. And I want to put myself in his shoes as to how he would feel whenever he’s about to sleep every night. I wonder if Alajagusi were human. I doubt I’ve seen anyone more selfish, cruel, cowardly, self-centred, callous, and retrogressive in my entire life.

The stay of Alajagusi in the Green chamber looks like he’s on a vendetta against the people of his constituency. A stay that can’t lay claim to ONE intervention, a stay that gladly takes a representative away from the constituents. Again, for Alajagusi, history won’t ever be a bastard.

Like all those deliberate punishments from Alajagusi weren’t enough, we have all resigned to the fate that Alajagusi staying in the Green chamber to represent our constituency from 2019 to 2023 is a punishment we brought upon ourselves, and we have buckled our belts, rearranged our thoughts and even concluded our minds that Alajagusi was just on “a stroll and tease”. Hence, even he wouldn’t come back to us that he would dream of a return. Unfortunately, we may be wrong. Just yesterday, Alajagusi announced that he had defected from the ruling All Progressives Congress APC to Social Democratic Party. I now wonder what Alajagusi wishes to achieve by such a move. Well, you may say it’s his right to join any party of his choice but isn’t it my right as a constituent to ask why he’s making such tactical move at this period even though he was so ineffective, inefficient, humdrum, vapid and dreary while he was with the ruling party.

It will be improper for me to be speaking the mind of an Alajagusi who has been in the National Assembly since 2019 and doesn’t have a media aide of his own (If you know any, kindly help me and other constituents to mention him or her. You can as well bring this piece to his table). But a defection like that will only mean that Alajagusi is seeking reelection. Jesus of Nazareth! History certainly will not be a bastard for Yekeen!

Amusing what Alajagusi has taken us for. After three years of adequate misrepresentation, a man is still confident to abandon a political party to join another? I sincerely want to know the complaints of Alajagusi to the APC. Would he say he was treated badly? Would he say was sidelined? Would he say he was gagged? If the answer to all of that posers is yes, then I ask Alajagusi how worse the APC treated him that he has not treated the constituency he represents. Obviously, Yekeen Alajagusi must be thinking the people of Ilorin West/Asa are shortsighted, dull, and not serious like he is. However, history isn’t a bastard. Alajagusi will reap from history!

And again, I mentioned that I once wrote to ask where Alajagusi was, and people from APC were out in their numbers to E-lynch me, I want to tell you all that ” non of you had the moral right to come out now and say anything bad against him” now that he has jumped ships. But I won’t be surprised if you do, you’re just a very dependent-minded set of people. The mind of your own has long been lost. History surely isn’t a bastard. And like Alajagusi, history will ask his questions from me, you, Alajagusi, and them.

On a final lap, I’m not good at motivating people, but I’d just say that you could only pass up the opportunities to get your permanent voter’s card if you’re an Alajagusi in embryo. As the 2023 general elections are inbound, do the needful. History isn’t a bastard!

Yusuf Mutiu Olaitan alias Young Sturaro is from Adewole and can be reached via: 07061350320
[email protected]