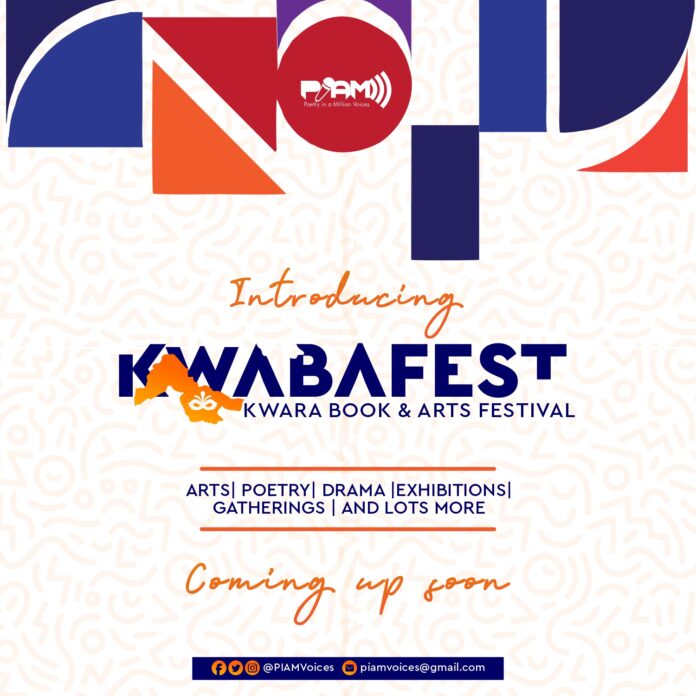 A poetry collective known as poetry in a million voices [PIAM] is set to hold the first book and arts festival in Kwara State [KWABAFEST].

According to Hussein Abdulbasit, the convener, the festival will highlight the cultural, artistic, and intellectual prowess of Kwara State and its residents.

Throughout Kwara State’s urban history, despite its deep and diverse artistry, there’s yet to be a state wide gathering or celebration of either the arts or its artists. KWABAFEST aims to disrupt that, according to PIAM.

The festival is proposed to hold in late August and is meant to be a three-day event. Being the first, the proposed theme, according to organisers, is to explore stories that talk about beginnings and raise awareness of arts and intellect among the general public. “Since it is the first of its kind, a theme that tells the story from the beginning would be more significant to the public,” said the convener.