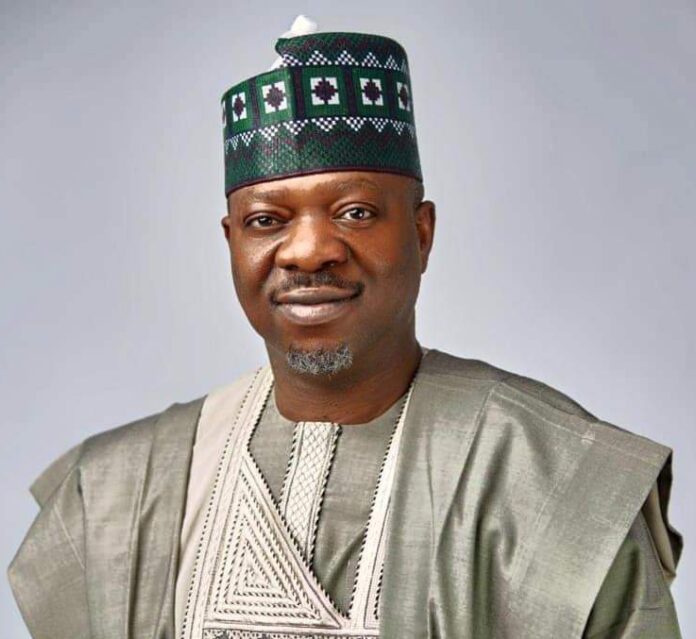 There is a raging uproar among members of the ruling All Progressives Congress (APC) in Kwara State as Raheem Tunji Olawuyi (Ajuloopin) is declared new flagbearer of the party for Ekiti/Oke-Ero/Irepodun/Isin Federal Constituency 2023 race.

Ajuloopin is the sitting member representing Ekiti/Oke-Ero/Irepodun/Isin Federal Constituency at the House of Representatives.

During the primaries however, he had shown interest in running for the senate of the Kwara South District which he lost to the incumbent Lola Ashiru in a keenly contested race.

Cornelius Oluwasegun Adebayo was widely announced as the winner of the Ekiti/Oke-Ero/Irepodun/Isin Federal Constituency primary.

In a sudden twist however, Ajuloopin who lost the senate bid has been declared new flagbearer of the party for Ekiti/Oke-Ero/Irepodun/Isin Federal Constituency general election in a kangaroo rerun.

According to a letter sighted by The Ravens NG, the national leadership of the APC wrote to inform the Independent National Electoral Commission (INEC) of rerun of various primaries including the Ekiti/Oke-Ero/Irepodun/Isin Federal Constituency, adducing disruption in the previous process.

Adebayo however kicked, saying he remains the validly elected flagbearer of the party for Ekiti/Oke-Ero/Irepodun/Isin Federal Constituency.

He established that contrary to the claim of disruption by the party, the primary was free, fair and peaceful.

“It can be recalled that Engr. Cornelius Oluwasegun Adebayo clearly won the original primary election which was held on 27th of May, 2022 at Omu-Aran. The election on 27th of May, 2022 was a FREE, FAIR and CREDIBLE ELECTION devoid of disruption. After the primary, his fellow contestants conceded defeat and made several broadcasts to congratulate him,” a statement from his media team read.

“It came as a rude shock to Engr. Adebayo and his supporters that another rerun was being conducted for the Ekiti/Oke-Ero/Irepodun/Isin constituency Federal House of Representatives seat, with the inclusion of an aspirant who had never participated in the initial process.

“More so, it is important to note that there is no valid ground for the schedule of the purported re-run primary election, as there wasn’t any protest or valid complaint against the initial primary election, as the result was widely accepted by all. The purported Re-run election was not communicated to Engr Cornelius Oluwasegun Adebayo and the reason for the cancellation of the only valid election is still unknown.

“Cornelius Adebayo was neither represented nor did he have any agent present during the rerun. It was an internal arrangement orchestrated by a few unscrupulous elements disguised as progressives.”

Massive protests have since hit the streets over the kangaroo rerun which people described as flagrant injustice.

Adebayo meanwhile urged his supporters to remain calm, assuring them of pursuing justice as the kangaroo rerun would not stand the test of time.

Nigerians are tired of bad governance, will vote Obi – Ezekwesili