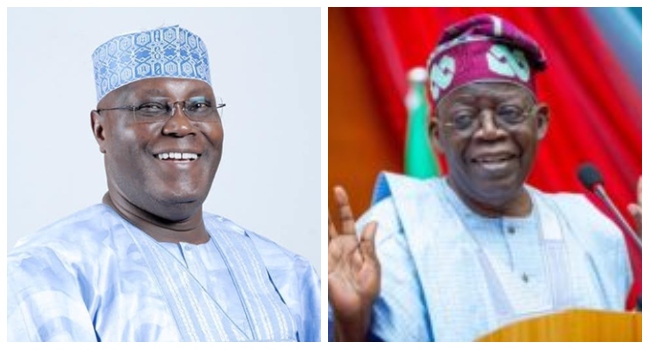 The challenge was made by media adviser to Abubakar, Paul Ibe who said Tinubu can only talk after subjecting himself to such interview and remaining as articulate and mentally present as his principal.

Following an interview granted by the former vice president who is PDP’s presidential flagbearer on Thursday July 22, where he took on the former governor of Lagos State for settling for a Muslim-Muslim ticket, the Tinubu camp had attacked Abubakar as being an unrepentant liar and semi-literate person.

Ibe however expressed amusement at what he called the knee jerk response from the Tinubu Campaign Organisation.

According to him, “Mr. Tinubu has not sat down to do any prolonged interview for obvious reasons. Nigerians have seen him talk in public and can themselves gauge the reason why he is mortified to do so.

“We would like to challenge Bola Tinubu to subject himself to an hour long interview, like the Waziri did, and if he is able to be as articulate and mentally present as our candidate, then he can talk. Until then, we will only want to remind him and his yes men that they are not in a position to point fingers when they have not sat on the hot seat,” Ibe’s statement read partly.