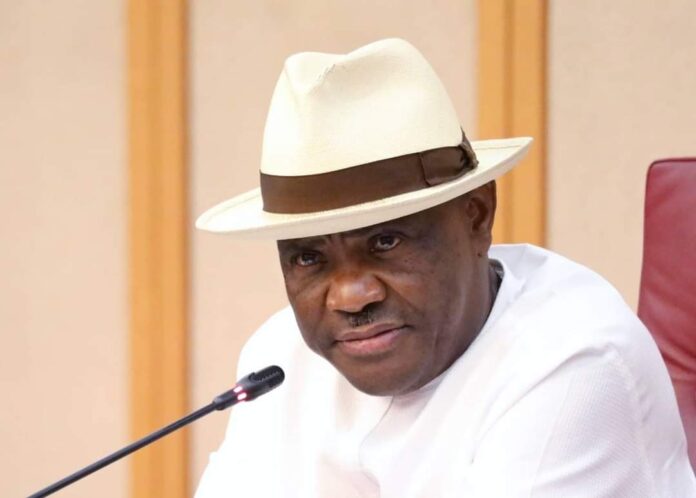 Nyesom Wike, Rivers State Governor, on Friday, has said the rule of law and democracy in Nigeria is severely under threat.

The former PDP presidential aspirant said this in Abuja at the lunch of a book in honour of retired Justice of the Supreme Court, Hon. Justice Abdul Aboki titled “Legal Paradigm in Nigeria: A New Direction in the Study of Law and Practice”.

Wike chided the development on the prevailing political cloudiness in the country, saying the judiciary must live up to its expectations and duties.

Governor Wike also noted that lack of character and courage by some judges and their inability to live up to their oath of office could be blamed for “ineffective judicial performance”.

“The judiciary dies where it lies comatose and removed from the aspirations of the citizens for good governance, the rule of law, the protection of fundamental rights and the guarantee of free and fair elections.

“The judiciary dies when it can easily be manipulated; when justice can be procured, when injustice is rendered in place of justice to the aggrieved parties, or when a resort to self-help and other means of redress outside the law becomes the preferred norm by citizens”.

Wike, meanwhile, believes Nigeria can get back on track if the judiciary stand up to its responsibilities by ensuring justice, fairness and equity.

“Nevertheless, this is possible only when the judiciary is able to assert itself without fear or favour, upholding the truth at all times and standing up to any other power or principality that attempts to undermine or override its constitutional responsibilities, powers and processes”, he concluded.