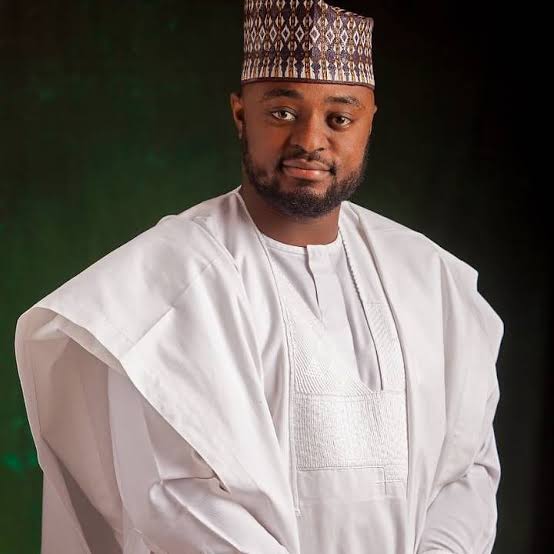 “Listen, think and vote your conscience. Your constituents will not always agree with you, but they will respect you for thinking through the issues and leveling with them.” — Senator Leticia Van De Putte, Texas

One of the most beautiful happenings in Kwara State about two years ago was the massive support received by the members – candidates – of the ruling party, All Progressive Congress (APC), during the electioneering process. The party sent her candidates to one of the biggest and toughest battlefields in the history of the state, and even the country at large. Lo and behold, the results were massively mind-blowing and the efforts of the masses were not futile.

The heart soothing scenario brought the Honourable member representing the good people of Ajikobi/Alanamu constituency at the State House of Assembly, Honourable Abdulgafar Ayinla Ayilara on board to represent the interest of his people and ensuring the equal distribution of dividends of democracy to all and sundry.

In about two years in office as member of the 9th assembly elected to voice for the people of Ubandawaki, Ajikobi, Ogidi, Oloje, Oju-ekun/Sarumi, Adewole and Alanamu wards in the State House of Assembly, he is working tirelessly to make rep-resentative government works. He understands not only as a Politician but also as a trained lawyer that the well-being of his state legislature is in his hands. He preserves and protects it so it remains a strong, co-equal branch of government.

Legislative service is one of democracy’s worthiest pursuits. It is an important duty that deserves time, attention and dedication. To work well, government requires a bond of trust between citizens and their representatives. Tearing down government diminishes ability to solve problems in the legislature. He knows so well that whosoever demean the institution, demean himself. Building up for the 2019 general election, Ayilara appealled to the best instincts of the electorate, talked about what he stands for and what he intended to do during his time in office, behold, he works as hard as he can to fulfill those promises. He always remember why he ran for office—to make a difference, a difference for the better.

As a constituent, I am aware of the situation of political atmosphere and the need to rally round to bring proper correctness to anomaly, however, Honorable Ayilara is a great asset for the state. He usually avoid even the appearance of impropriety—always take the high road. He understands legislative etiquette and ethical responsibilities as vital, not only to the institution and his constituents, but to himself.

Honourable Ayilara knows his onions. Play volleyball or tennis without knowing the rules? You’ll lose. The same goes for legislating. He knows the rules. He had started working with youth groups, women, and other concerned stakeholders at the inception of his tenure in office. He believes that It’s a good idea to carry them around with him to read as he sees the process unfold. Get to know experienced individuals both within and outside the constituency and seek their advice routinely. A great trait he posses which any sane mind should appreciate is that, he has never fooled himself by presuming that he has conquered the rules— he knows there’s always someone in his constituency who can challenge him.

He is blessed with effective legislator’s creed: He oganizes, prioritizes, and commits to those things he considers important. For he can do this, more reasons he is ahead of the pack. An effective legislator is punctual: He gets to the floor on time, gets to his appointments on time, gets to his committee meetings on time. Ayilara graduated from the school of thought that, “it’s the little things that trip one’s up”. He is not ready to give his traducers any chance to paint him black in the paper or see it in his next opponent’s campaign brochure.

In my recent encounter with him, as a constituent, I put, “Your constituents sent you to the legislature, and you must represent them. But you are also a trustee of your entire state. Sometimes a hot issue presents nearly irreconcilable conflicts among these responsibilities, but you still have to come to a decision and vote. It may not please everybody, but remember that you are the only person you have to live with 24 hours a day, every day. The voters have already decided they approve of your basic philosophies and have chosen to place their trust in you. Make the commitment to communicate with your constituents about how you evaluate issues and arrive at decisions. That allows you not only to represent by listening, but also to represent by leading, by shaping opinions. It will give you latitude with people who may not always agree with you, but who will respect you for thinking through issues”.

With my personal assessment, he is not only an Orator but also a deep thinker. He once talked about ways to discharge proper representation apart from oversight function and legislating. He said, “It’s going to happen. You’re going to disagree and become upset and sometimes even dislike another legislator. But remember that today’s adversary may be tomorrow’s ally, so learn how to disagree without being disagreeable. Don’t react emotionally or in anger to something someone has said. The things you say in these cases will come back to haunt you. You might create an unnecessary enemy, one thing you don’t need in the legislature. People don’t have to like you, but if they respect you and know you are going to play it straight, you’ll be all right”. I can’t forget those lines.

Indeed, Ben Franklin was right. Honesty is the best policy in life and in the legislature. A legislator’s effectiveness and reputation are only as good as his or her words. Without truth there can be no trust. He emassed good working relationship with fellow legislators and constituents, with his uncommon truthfulness, patriotism, selflessness and altruism. One of his watchwords is credibility. Credibility is key around the legislature; you can’t be effective if you are perceived as untrustworthy.

As he is about halfway in this tenure, I wish to recommend few things to be added to his great feat. Stay in Touch With Your Constituents. Communicate with your constituents. This is an overwhelming task, but it’s critical. Return phone calls, answer e-mails and letters, have town meetings. Let them know who you are, that you’re approachable and responsible, that you represent them. Besides, it makes the job a lot more interesting if you really know the people you represent.

It’s difficult to build a bond with your constituents simply through press releases. If you have time to give more through your writing skills and you care about policy, it’s well worth the time to write a weekly column for the news media, start a blog or post your views on a Facebook page. It’s important to think through the issues before a decision and to explain to your constituents—either before or after you vote—how you got there. That is innovation!

Work with the Media: Don’t assume the media are your adversary. Reporters have a responsibility to inform the public, and they take it seriously. Be proactive. Contact reporters regularly to tell them about your position on issues and the work you are doing. Focus on the policy process and the issues, not on partisan differences and conflict. Present information that is easy to understand and use. Know your local newspapers’ deadlines. Call writers back promptly. Don’t expect them to use your press releases if you avoid their phone calls. When the media do a good job, acknowledge it. At the same time, don’t hesitate to ask for corrections of distortions in facts or other errors in stories.

Stop and Smell the Roses: In politics, it’s a struggle to maintain a normal private life. Politicians can be tempted to take family members for granted, to treat them as appendages, decorations on campaign literature, free help when envelopes need to be licked. Sometimes it’s difficult to resist self-importance. The grand responsibilities and acclaim that come with holding public office can be unhealthy substitutes for reflection, ordinary friendships and meeting the simple responsibilities of life. Don’t forget to take care of yourself. Eat right. Exercise. And make time for yourself.