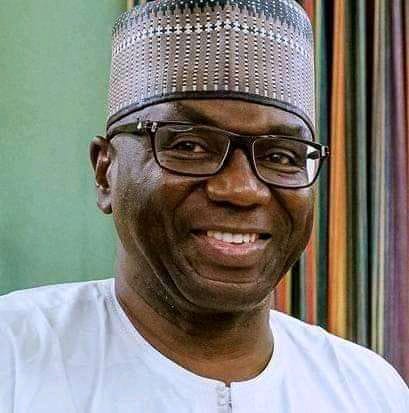 For about a week, out of many pebbles the wailers and detractors thrown at His Excellency, the Executive Governor of Kwara State, Mallam AbdulRahman AbdulRazaq, inasmuch as it should be seen as truffling matter, I found two propaganda that are calling for clearing the air. One. A viral picture surfaced showing His Excellency standing side-by-side with the National Leader of All Progressive Congress (APC), Asiwaju Bola Ahmed Tinubu. Two. Kwara leads APC states in developmental strides.

In all honesty, the bitter reactions to the former by the wailers and some elements in the opposition are well understood — they had no sensation to the reality that Mr Governor is an upholder of strategy rather than strength — they were yelling as Mr Governor was busy ticking all the necessary boxes in rebuilding the state. Only their leaders wouldn’t want to be associated with such masses-loving governor.

Since they cannot eschew their ignorance and bitterness, they started formulating propaganda. “Asiwaju didn’t allow him (Kwara State Governor) to stand so close. Mr Tinubu is not wearing smiling face” were arrantly renting the airwaves. Funnily, blind man’s house was burgled and he claimed it was because he was asleep. Everyone knows his sleeplessness wouldn’t change anything.

Conscious citizens and friends of Kwara State would loud His Excellency as the Kwara again emerged the state with the highest number of points in the September edition of the Progressive Strides, the monthly bulletin tracking the performance of the 21 APC States in the country.

Kwara amassed 26 points to top the table as a result of her all-round increase in the pattern of initiatives introduced by the States with Kwara State recording most initiatives for this month having twenty six (26) development strides. These cut across economic development, education, science and technology, health and nutrition, agriculture and rural development, infrastructure, security and sensitisation, empowerment and innovation, environment and hygiene, transportation and finally sports and youths development.

Now, Gov. AA’s bend speaks of two things: First, it speaks of adaptability; in this case, it means that if we are not adaptable to change, in the end we will be devastated. Last, it also speaks of humility; in that case, it means if we don’t humble ourselves, in the end pride will destroy us. AbdulRazaq’s led-administration is undeniably rebuilding Kwara State to work for all while the wailers’ stars have been on the wane.