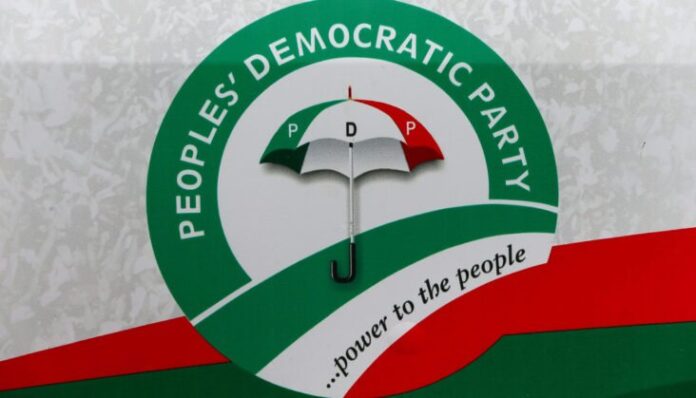 I have read a number of responses to the press address by the Kwara PDP Victory Agenda, quite notably from one Haruna Likpata and another nameless group, headed by a certain Thomas Sule Jiya. While I would never begrudge anyone or group for defending their position fiercely and passionately, but you see, what is interesting is that political calculations and outcome are never the result of emotion, jejune feeling and sundry considerations; it is always about logic, strategy, common sense and superior argument.

Haruna and his ilk who claimed to be Kwara PDP members, demonstrated in their responses that for them, it is never about the team, but much more about their personal interest and calculations, because if it were not about that, they’d see clearly that their argument was watery and can easily be punctured without even breaking a sweat. But lest I get ahead of myself, the nameless group supposedly within the Kwara PDP claimed that the victory group might be working for certain interests from Kwara Central, without any evidence or dotted line that leads to such assumption.

Unknown to the group, their inability to think beyond candidates from Kwara Central is a testament to the capacity and viability of potential candidates from that part of the State to successfully take on the incumbent Governor at the polls and defeat him resoundingly. And the evidence is there that in the light of the precarious situation that the Kwara PDP finds itself in today, the first consideration should be about competence and actual ability to win an election and not the region of the candidate.

It is even more interesting when the candidate’s region is an added advantage. Kwara Central constitute at least 60% of the voting population; if the interest of PDP is about winning, going to pick a candidate from outside the central will be political suicide and monumental misadventure. Case in point, when the APC was going to zone its presidential ticket in 2015, it was no mistake that it was given to General Muhammadu Buhari because they knew he had the capacity to win. He is similarly from a part of the country that has a high voting strength. Now that the Kwara PDP is faced with an almost similar situation, they are going on about where a potential candidate should come from rather than who can actually win and deliver. Winning should trump any other consideration this time.

Again, considering that the Kwara APC is likely to hand its governorship ticket to Abdulrahman Abdulrazaq because he has a right of first refusal, then pitching someone from a minority group against an incumbent will prove fatal and not just a landslide but a moon slide

The hypocrisy of some of the leading lights in Kwara PDP is very distasteful. How can you advocate against zoning at the National level but maintain a different attitude at the state level. The entire country has come to see that in this time of despair and uncertainty, competence and capacity should be the most important consideration.

The faceless group also tried to juxtapose the situation in 1990, and then I ask if the dynamics in 1990 and 2021 are the same. Again, even if Kwara North were asked to present a candidate, who is the one politician that has even the basic acceptance of his/her own people from Kwara North today? Most of the names that have been touted from Kwara North are people who have continuously failed the region. There is hardly any excellence of public service record to their names.

The faceless group headed by Thomas in the concluding paragraph of their demagoguery issued a subtle threat to the party, noting that they can find the expression of their ambition elsewhere. This is never the tone of a group that believes in Party supremacy; that tone has given away most of the Kwara North agitators as people who are doing it for their own selfish calculation and ambition and never in the true interest of the party or ability to win in 2023.

Finally, those who are agitating for Kwara North continue to regard people from another region who are equally advocating for their region as the enemy but who says other regions cannot equally agitate. The debate and argument are good for the polity; no one group should think of itself as greater to lay claim to the throne than the other. This is not the time for emotion or passion; this is the time for sound logic and argument. Winning must trump all other considerations. After PDP has reclaimed power in 2023, then it can subsequently decide on rotation, but getting the crown back is prominent and ultimate!