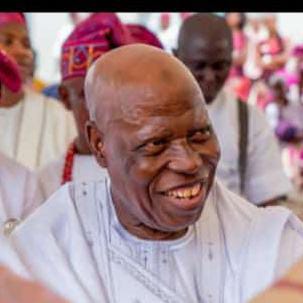 Everyone who knows me right from when I was a kid would attest to how much I don’t like to watch football, even though I grew up playing the popular ‘kaka’, ‘leather ball’, ‘panke’ and ‘felele’ in the streets of Dopemu Agege, Lagos State, and on the corridors of Otta, Ogun State, but I don’t like watching football.

Also, growing up, I admire the England’s Manchester United team of 2006s, during the era of Carlos Tevez, Nani, Cristiano Ronaldo, Wayne Rooney and Paul Scholes. I admire Nani in particular, infact I was nicknamed Nani due to my obsessive love for the Nani’s number 17 red coloured jersey then. I washed it almost every day because I wore it almost everyday too (I know my LRB, she will start calling me Nani, Funny girl).

Later I developed interest in Barcelona too because of my love for the Spanish team during the 2010 World Cup which saw the team clinch the title. The star-studded team of Xavi, Iniesta, Pique, Busquets and Pedro were all playing for the Barcelona team at the time.

I shared so many things in common with my very delectable LR-B; She’s excessively bibliophilic, she discusses national issues and politics, she loves long walks and vacations, she loves eating beans too (a hobby I’m also trying to emulate), her love for Chelsea and following updates about the team is where we draw the line.

Readers would have been wondering how I knew the Man Utd and Spanish teams so much and yet claim I don’t like football; That’s where my late father, Raimi Atanda comes in.

In his lifetime, he never had a preferred club but he had a preferred national team which is the Nigerian Super Eagles, he’s so passionate about the team that he never missed any of their football matches, be it the World cup, continental clubs or friendlies.

During every Africa Cup of Nations, Babami is always carefully analysing the fixtures and squad, analysing performances and cheering them up behind the scenes so passionately.

Babami’s love for the Eagles was so infectious that we developed same too and began to watch them. The most interesting and one which I can never forget in a hurry was in 2013 when Nigeria won the African Cup of Nations, he was so happy that he bought drinks for everyone in the house.

There were times that we has to stay awake to watch some of the Eagles’ matches, he would never sleep nor blink an eye throughout the match. He was so patriotic.

When Babami died last year, he took along with him the remaining interest in football in me.

I knew how happy he would have been yesterday seeing the Super Eagles crush the Pharaohs of Egypt in their opening match at the tournament. If truly the dead could look back, I know he would be beaming with smile hailing the Eagles.

Babami will be two years gone in three weeks. May almighty Allah continue to bless his patriotic soul and grant him the highest place in Jannah.