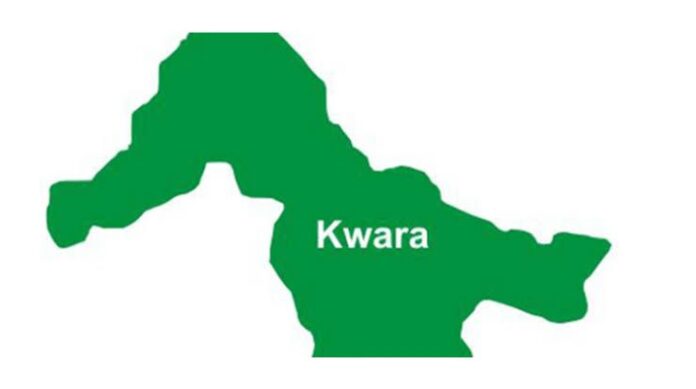 Apollo otherwise known as acute hemorrhagic conjunctivitis is a pandemic of a new enterovirus infection of the eyes. In June 1969, an epidemic of a new type of conjunctivitis was reported in Accra, the capital of Ghana but was nicknamed Apollo because it coincided with the time of the Apollo 11 landing on the moon. The incubation period is 24 hours or less and was found three years later in Japan where ophthalmologists called it Acute Hemorrhage Conjunctivitis (AHC). Like every disease of the eyes, it impedes one’s vision and discomforts the eyes.

Sight is power. Seeing is believing. A man cannot go far in life except his sight is above the blurring mirages of life. We are controlled by what we see than what’s heard. Just close your eyes to understand what visual impairment means. It’s a dark world where everything and anything is better imagined than real. We solely rely on the interpretations of others and it doesn’t matter whether they are right or wrong because we do not have the power to judge.

The Apollo leadership best captures the case of Kwara PDP, the major opposition party in the state whose loyalists’ sight appears fairly challenged, struggling to see the progress the state has achieved from 2019 to date. They have neither seen the construction and rehabilitation of educational infrastructure that has been left to rot since 2013 nor the unbiased recruitment of qualified teachers into the education system.

They are still scuffling to behold how the Governor AbdulRahman AbdulRazaq led administration despite inheriting billions of naira in unpaid salaries, pension and gratuities is fixing the decay with prompt salaries as and when due, sorting of promotional arrears for senior secondary school students or how pensioners are more happier with the N100 million monthly payment of gratuities from an insufficient N30 million monthly pay.

Apollo convinces us that nothing is wrong really as it would fade away in a moment but who doesn’t know that we are challenged from facing the sun unhurt? Kwara PDP sees nothing wrong with the dilapidated Oro and Lafiagi General Hospitals, shortage of basic and resuscitative equipment at the General Hospital.

As a matter of fact, the opposition wants Kwarans to easily forget that 27 primary healthcare centers have been fixed so far while more doctors and nurses have been employed which has boosted the confidence in the state public health facilities. They are not concerned that the state has recorded over 1 million attendance in public secondary health facilities while primary care attendance improved to over 300,000 cases. A percentage increase of more than 500%. Flabbergasting!

Does it matter to the opposition that deaths due to complications from pregnancy or childbirth in Kwara State reduced from over 1000 to 20 per 100,000 deaths, the second lowest in the country? Or the undeniable fact that death of an infant before his or her first birthday reduced to 0.4 from 2.6 per 1000 live births?

Do we need to clear the debris in the eyes of the Apollo leadership that the state moved from 36th position in 2019 to 18 in 2020 with immunization coverage level in the whole 16 local government areas?

Is it possible to say the effect of Acute Hemorrhage Conjunctivitis is responsible for opposition’s blurred vision to not have noticed the ongoing dualisation of Yebumot-AlHikmah-Adeta Road, completed section of 33km Ilesha Baruba – Gwanara road amidst the deplorable state of that road in time past nor the ongoing construction of 11.1km Osi-Obbo Aiyegunle Road?

Apollo leadership will bring nothing, but piecemeal interventions as real dividends of democracy. It’s like the sumptuous title of Soyinka’s book: ‘The Beautification of Area Boys’.

For example, the much celebrated Saraki welfarism package, Ile Arugbo where old women walked 3 to 5km to receive N300 and eat stale food was replaced with a state-funded and more dignifying social investment program as a decent alternative to what obtained in the past with a legislated and data-driven Owo Arugbo which saw the vulnerable getting stipends in their respective houses.

Even petty traders and youths who are often used for political thuggery have been empowered via Owo Isowo (non-interest loans) and Kwapreneurs which ensured that 170 youths received between N250,000 and N3 million, depending on the scale of their business and viability of their proposal, as judged by a neutral panel.
This is indeed beyond Apollo leadership

Apollo leadership will only give rise to lilliputian leader. With a lilliputian leader, you celebrate mediocrity. This is why we cannot afford to be plundered again. Everyone in Kwara State can testify to the sanctity in the governance space.

Whatever the shortcomings, the administration has set up various agencies to check institutional gaps that allow wanton misuse of public funds

Mediocrity of having over 6,000 households without access to clean water in 2019 has changed to over 10,000 household with constant and potable water in 2020. More than 8 waterworks have been fixed while 2 are currently undergoing construction.

Apollo is contagious and we have suddenly seen in the exact direction of the Apollo representative to the extent that it’s difficult for us to glimpse at the shining sun.

Those who want to follow Apollo leadership can’t see reasons but fear of what next to eat, comfort of office, ignorance or the combination of all have impeded them to know that having an Apollo leadership will hurt us and take Kwara another 8 years backwards.