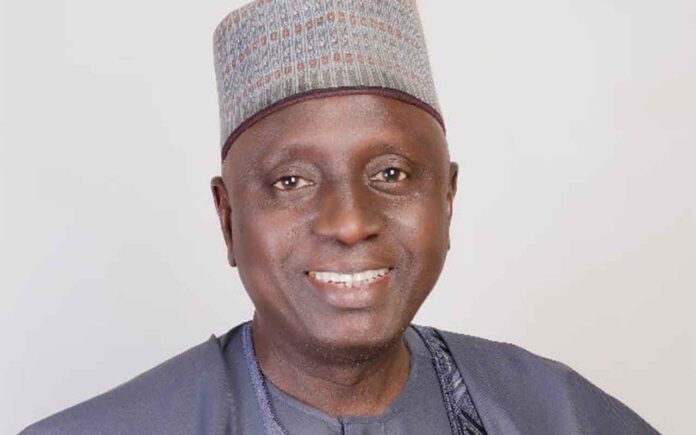 Praises may not come often. But the impact will always be felt– wherever it is being made.

It is on the heels of the above that I write to the leadership of the Nigerian senate to commend them for conducting investigations into the N400 billion National Primary Health Centre projects awarded during the tenure of President Olusegun Obasanjo in 2006 but were abandoned for strange reasons by the contractors.

The National Primary Health Centre was initiated by the administration to deepen access to quality and affordable healthcare facilities for the less privileged at the local levels. It was originally conceived to build in each of the 774 LGAs in Nigeria a sixty (60) bed-capacity primary health centres; complemented with a three-bed flat; doctors quarters, ambulance, drugs; and other basic hospital equipment.

To prosecute the projects, the federal government deducted monies from the excess crude account of all the 774 LGAs every month until the budgeted funds required for the project was realised. Despite that, little or no notable jobs have been done 15 years after. The majority of the projects have not been started, while many are simply abandoned to waste across the country. I wail at this culture of abandonment, sleaze, corruption, and wickedness to mankind.

The consequences of this suspected case of breach of contract, diversion, and misappropriation of public funds are far-reaching on national health. According to the World Health Organisation (WHO), cited by the Journal of Global Health Report, the Maternal Mortality Ratio in Nigeria is 814 per 100,000 live births in 2020. It accounted for about 20 % of the global maternal deaths. The malaria figures are as grim, if not worse. The World Malaria report 2021 revealed over 50 million cases and 207,000 deaths annually. It means that the giant of Africa accounts for at least 27% of malaria deaths worldwide.

Findings from global health reports linked the high mortality rates and malaria cases to delay in seeking maternal healthcare, delay in locating medical facilities, and low-quality healthcare services for the patients. It is safe to conclude that the full implementation and execution of the National Primary Health Centre project would have improved accessibility, availability, and affordability of quality care services in all the 774 LGAs in the country. As they were not handled well, it might have cost the nation over 7 million lives, mainly women, infants, and young adults.

It is good this has not been made to pass yet. Upon the motion by Senator Yahaya Oloriegbe of Kwara central and the adoption of a resolution of an investigation by the senate a fortnight ago, some of the unscrupulous contractors have started works on the abandoned projects. In Ilorin South Local Government Area, one of the LGAs making up Kwara Central, work has resumed at the site, and some of the equipment is being returned. But will that be enough to compensate for the delay in the last 15 years? Who are these people? What would be the price of justice?

I urge the media, the civil society groups, and the security agencies to aid the outstanding Senator Oloriegbe and the 9th senate’s bid for justice and probity.

Kwara Central Senator Yahaya Oloriegbe’s alarm shows uncommon bravery, patriotism, and excellent knowledge of the industry as chairman of the Senate Committee on Health. This should propel investigations into the case deep and thorough. The conclusion of this issue is weighty. One, it would stimulate healthcare services across the country. Two, it may grant due punishment or sanctions to wrongdoers, setting a template for future conduct. The third point is that it may lead to a review, introduction or implementation of stricter laws and processes, including the roles of the ministries and agencies, in bidding and drawing funds for projects.

Looking at the history of Nigerian politics, I am aware that this is hard to pull off. But it is not impossible. Leaders are elected to make hard, cracking decisions in the interest of the people and nation. The nation, especially the Nigerian youths, is happy with this step and are proud of the 9th senate. We urge them to go all out for justice in the larger interest of the nation. Here is our word of courage.

Ibraheem Abdullateef is the Kwara Central Representative in the Nigerian Youth Parliament 5th Assembly. He tweets via @_ibraheemlateef