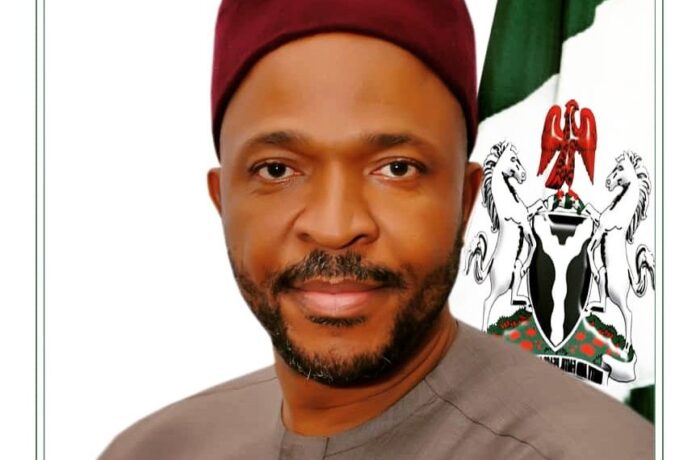 The Federal Government of Nigeria has warned that striking lecturers cannot dictate to the government how they should be paid, urging the Academic Staff Union of Universities (ASUU), to embrace Integrated Personnel Payroll and Information System (IPPIS) as a recognised platform for payment of Federal workers.

Hon. Chukwuemeka Nwajiuba, Minister of State for Education, made this known on Wednesday in Abuja shortly after declaring his intention to run for the office of the President in the 2023 general elections.

While fielding questions from newsmen, the Minister announced that the Federal Government is working out a plan to fully implement the Universities Autonomy Act by granting Universities financial autonomy.

He stated that ASUU members would only relate with the Governing Councils of their various institutions as their employers.

Recalled that ASUU has insisted that its members would not resume work until the federal government implements the lecturers’ preferred payment system known as the University Transparency and Accountability Solution (UTAS).

The union created UTAS as an alternative to the Integrated Payroll and Personnel Information System (IPPIS), which the federal government uses to pay its workers in the public sector.

“The engagement with ASUU has been a long drawn on based on the 2009 agreement that was signed before we came into government. It is the duty of the Government to give life to those agreements, which ASUU seeks to ensure that the Universities owned by the Federal Government are properly funded.

“But the Federal Government funding is very limited because of additional challenges of security and infrastructure. Government can only borrow money to build special infrastructure like railway and not to pay people,” Nwajiuba said.

The minister insisted that ASUU could not tell the Government that is paying them salaries how they should be paid while also appealing to the Union to call off the strike because of the students who bear the brunt at the end of the day.